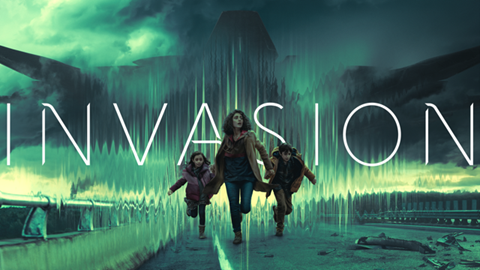 Fans of Apple TV+ programming should have been very happy indeed with the company’s first Comic Con appearance. Check out the full wrap-up.

Would anyone be surprised by an ‘Apple Con’ at this point? The company is absolutely massive, with tendrils in not only tech, but the games-space, and movies/TV as well. That last entry made a pretty big splash at this past SDCC too, with plenty of panels celebrating Apple TV+’s lineup of shows.

Those included Mythic Quest, Invasion, For All Mankind, See, Foundation, and the runaway hit Severance. If you don’t know what that is, imagine a company that forcefully creates a work/life separation. Come to think of it, that’s probably not too far off.

Anyway, Apple has shuttled over a little synopsis of all of those panels, so if you’re a fan, scroll down to check ’em out.

And as for the lineup of shows, they look a little something like this:

Jason's been knee deep in videogames since he was but a lad. Cutting his teeth on the pixely glory that was the Atari 2600, he's been hack'n'slashing and shoot'em'uping ever since. Mainly an FPS and action guy, Jason enjoys the occasional well crafted title from every genre.
@jason_tas
Previous Trailer: Mythic Quest rolls into season 3 this fall
Next Trailer: Become the zombie in Call of Duty’s limited-time “Rebirth of the Dead” event