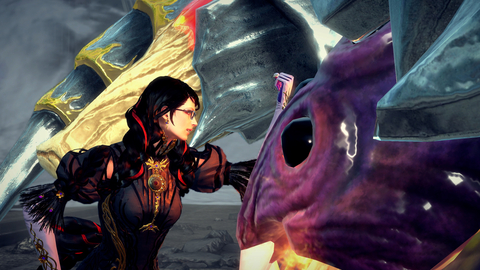 The long-awaited third entry in the Bayonetta series is set to hit the Switch this October. Check out the latest details, including the new characters.

After a long, long time in the hopper, Nintendo and Platinumgames’ Bayonetta 3 is finally on the way. The action title is set to land on the Nintendo Switch this October 28th. But if you were expecting the same old Bayonetta experience, you’re in for a treat.

Nintendo has revealed that the Switch-exclusive game will change things up a bit, offering a whole cover-worth of additional Bayonettas. And that’s on top of the new witch-in-training Viola.

In this third installment of the Bayonetta series, the unstoppable Umbra Witch must join forces with some familiar faces, the mysterious Viola and a multitude of other Bayonettas to stop human-made Homunculi from wreaking havoc.

In the game, you’ll make use of Bayonetta’s wicked weapons and powerful new Demon Masquerade ability to blast, stomp and slam enemies with exciting over-the-top combos and demonic powers. Prove you’re the baddest witch around by battling an evil that’s bent on plunging humanity into the depths of chaos.

Some more notes, from the press release:

Again, Bayonetta 3 lands exclusively on the Nintendo Switch this October 28th, just in time for Halloween.

Jason's been knee deep in videogames since he was but a lad. Cutting his teeth on the pixely glory that was the Atari 2600, he's been hack'n'slashing and shoot'em'uping ever since. Mainly an FPS and action guy, Jason enjoys the occasional well crafted title from every genre.
@jason_tas
Previous Halo Infinite’s Spartan Chonmage gets a 10″ tall statue from Dark Horse
Next SDCC 22: NBC Universal blitzes the Con with panels and brand new Fan Hub