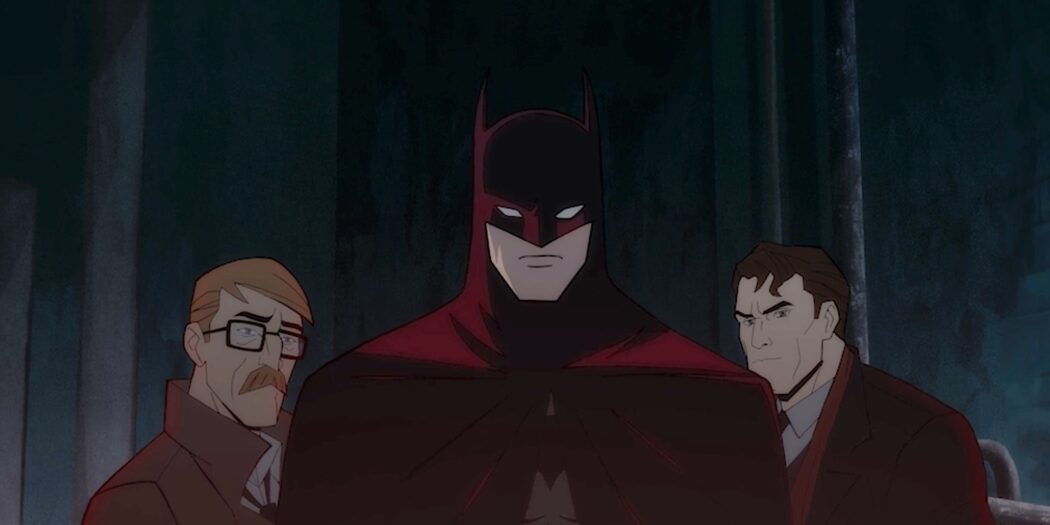 One all-encompassing edition of the 2 part Batman: The Long Halloween animated feature is on the way, landing in stores this September.

If you though you’d heard the last of DC and Warner Bros’ Batman: The Long Halloween adaptation, you were way off. The 2 part saga first arrived last year, bringing a pretty nice adaptation of the classic Batman tale from Jeph Loeb and Time Sale.

Yes, B:TLH did change a few things here and there in the story (including the ending), but overall it was very solid. And it was packed with some cool Batman action, and plenty of nods to the original story. It definitely didn’t alter the whole thing, so if you’re a fan of that masterpiece, it’s worth checkin this one out.

And speaking of, this fall you’ll have another way of doing that. Warner Bros will be releasing a Deluxe Edition for the set of films, that includes both movies and more.

According to the press release, this is “previously unseen additional mature content” too, so it’ll likely add to that “R” rating.

Produced by Warner Bros. Animation, DC and Warner Bros. Home Entertainment, and inspired by the iconic mid-1990s DC story from Jeph Loeb and the late Tim Sale, Batman: The Long Halloween – Deluxe Edition begins as atrocious serial killings on holidays in Gotham City send The World’s Greatest Detective into action – confronting both organized crime and a unified front of classic DC Super-Villains – while attempting to stop the mysterious murderer. Batman: The Long Halloween was originally released as a two-part film, and both films still stand at 100% fresh on Rotten Tomatoes.

Batman: The Long Halloween – Deluxe Edition will be out for Blu-ray+Digital, Digital formats, and in a 4K Ultra HD Blu-ray Combo Pack this September 20th.

Jason's been knee deep in videogames since he was but a lad. Cutting his teeth on the pixely glory that was the Atari 2600, he's been hack'n'slashing and shoot'em'uping ever since. Mainly an FPS and action guy, Jason enjoys the occasional well crafted title from every genre.
@jason_tas
Previous SDCC 22: Marvel heading to the Con with plenty of panels
Next Sylvester Stallone to star as former superhero Samaritan this August