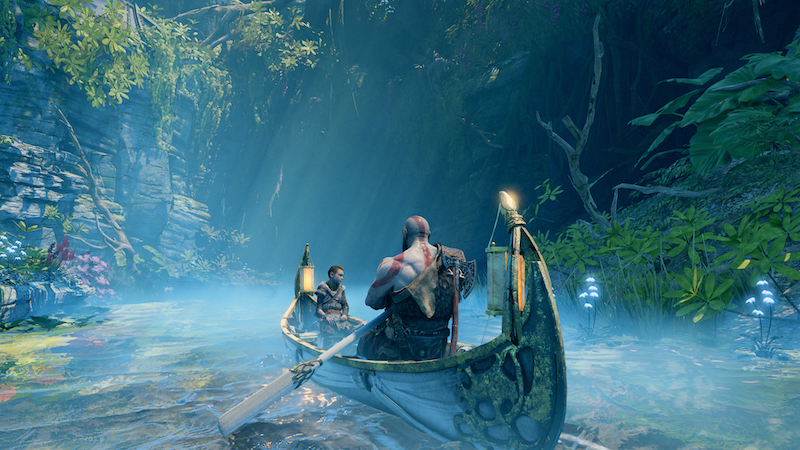 The next entry in God of War’s Norse saga is officially heading to retail, with the game arriving on both current and last-gen PlayStations this fall.

Released in 2018, and simply titled God of War, the latest game in Sony’s mythological series brought the saga of Kratos to the far north. The realm of Asgard didn’t exactly welcome the Greek god though, not that you’d have expected it to.

Nevertheless, this time things were a bit different. Oh sure, Kratos fought and killed monsters and gods, same as always, but he was a much fuller character himself. For the first time the former-mortal and Spartan warrior had some depth, as well as a son that he had to care for. Quite a difference for the one-dimensional killing machine from the first trilogy.

It was a massive hit, and a game that just recently made the leap to PC. If you’ve been enjoying that, or have fond memories of the PS4 game, then you’re going to be thrilled to know that the follow-up finally has a release date.

God of War: Ragnarok is indeed coming, and in short order. The news was announced via Sony’s Santa Monica Studio this morning.

As you can see, there isn’t a lot to go on, with no actual gameplay shown in the shockingly brief teaser. Still, it should be enough to get fans excited, and with a November 9th release date set, it’s arriving squarely before the Holiday rush.

God of War: Ragnarok will be arriving on both the PS4 and PS5, an interesting twist, though there’ll be a $10 upgrade fee in place if you buy the former version and then want to play on the latter console.

Jason's been knee deep in videogames since he was but a lad. Cutting his teeth on the pixely glory that was the Atari 2600, he's been hack'n'slashing and shoot'em'uping ever since. Mainly an FPS and action guy, Jason enjoys the occasional well crafted title from every genre.
@jason_tas
Previous Coming up: The games of July 2022
Next Trailer: Carve a Persian-inspired world of action and adventure in The Tale of Bistun