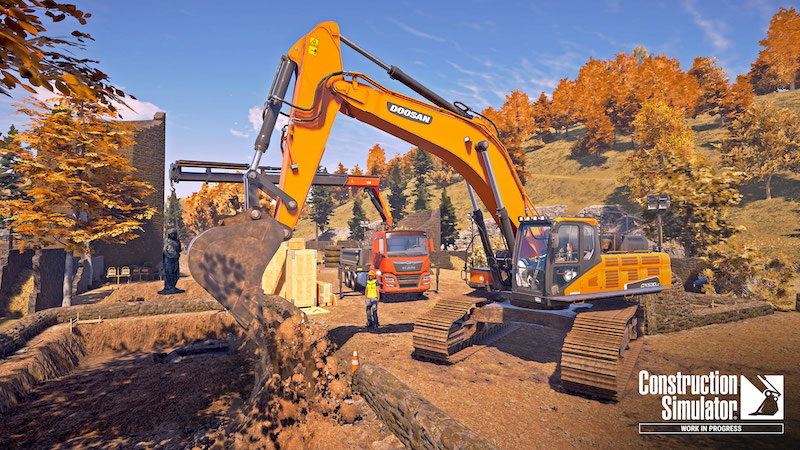 Trailer: Construction Simulator reborn on PC and consoles, coming up later this year

Time to get to work. Construction Simulator is coming back for both consoles and the PC, with a brand new installment later this year.

In addition to the large amount of vehicles, simulation fans and fans of heavy construction machinery may also look forward to two huge and completely new maps, where they can work their way up from a small building contractor to the largest construction giant within the respective region. Regardless if they are playing in the US-American or the European setting: thanks to the completely open game worlds with a dynamic day and night cycle and the entirely revised mission system including its two campaigns as well as a multitude of varied and challenging missions, in Construction Simulator® players are free in their decisions on how to lead their company to success.

From Astragon Entertainment and weltenbauer, Construction Simulator is expected to hit Xbox and PlayStation consoles, as well as the PC this September 30th. The game will also be available in various editions, including standard, a physical-only Day One Edition, and a digital-only Extended Edition.

Both of the bumped up versions come packing “the Car & Bobblehead Pack(including a digital sports car and a digital “Hape” bobblehead for selected vehicles in the game) and the Customization Kit (including additional digital helmets, glasses and ear protector designs)”

Jason's been knee deep in videogames since he was but a lad. Cutting his teeth on the pixely glory that was the Atari 2600, he's been hack'n'slashing and shoot'em'uping ever since. Mainly an FPS and action guy, Jason enjoys the occasional well crafted title from every genre.
@jason_tas
Previous Sega announces multiplayer heist shooter Hyenas
Next Trailer: Time and space hopping adventure XEL debuting in July