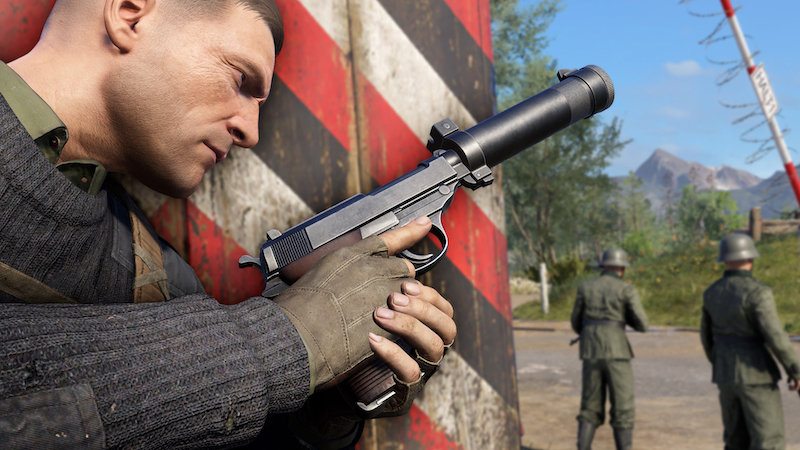 Trailer: Time to take aim, Sniper Elite 5 is out now

Rebellion’s latest Sniper Elite game, the fifth in the series, is out now and ready to make good use of the ‘kill cam’. Check out the launch look.

Sniper Elite 5 takes place in the events around D-Day in France, 1944, as our hero Karl Fairburne joins a covert US Rangers operation to weaken the Atlantikwall fortifications along the coast of Brittany. There he makes contact with French Resistance, and they begin to uncover a secret Nazi plot that threatens to turn the tide of the war back in the Nazi’s favor: Operation Kraken. It is now down to Karl to reveal exactly what the Axis forces are planning and end Operation Kraken, and the mastermind behind it, Abelard Möller, before it can be launched.

Jason's been knee deep in videogames since he was but a lad. Cutting his teeth on the pixely glory that was the Atari 2600, he's been hack'n'slashing and shoot'em'uping ever since. Mainly an FPS and action guy, Jason enjoys the occasional well crafted title from every genre.
@jason_tas
Previous Nintendo Download: Mare of Equestria
Next A new beta for Blood Bowl 3 is launching in June