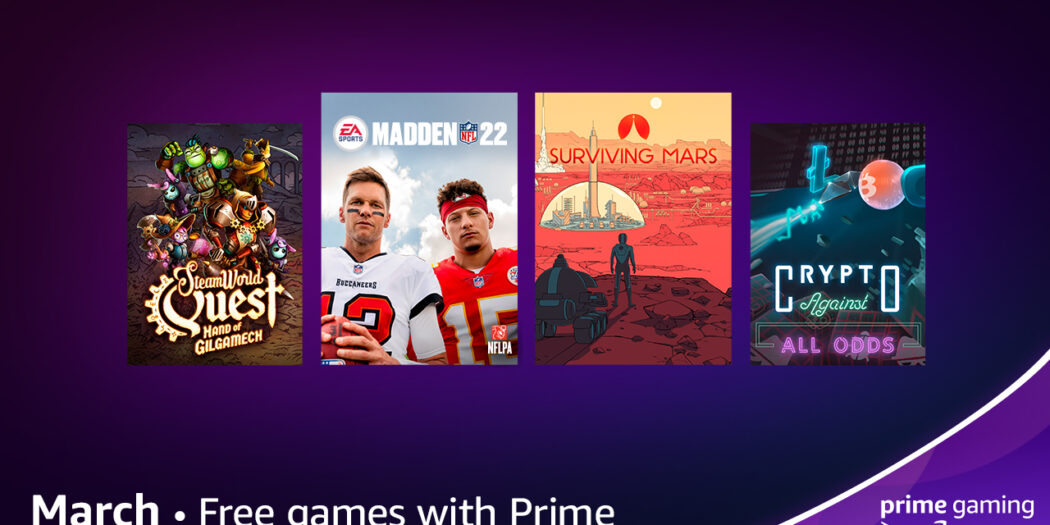 The latest slate of free PC games arrives tomorrow, with the most recent Madden NFL title taking the field. Of course, it’s joined by a bunch more.

Football season might be over at this point, but it’s still kind of cool that Madden 22 is one of the latest freebies from Prime Gaming. The NFL-branded game from EA is the latest in the long-running series, and just one of the free games that Prime Gaming subscribers will be able to download in March.

Along with the actual games, there’s also that list of DLC. Prime Gaming includes a boatload of that every month, and a good chunk of it is for some of the biggest games out there.

That’s the case in March 2022 as well, with free DLC landing for SMITE, Doom Eternal, and much more. Check out the full calendar below.

Jason's been knee deep in videogames since he was but a lad. Cutting his teeth on the pixely glory that was the Atari 2600, he's been hack'n'slashing and shoot'em'uping ever since. Mainly an FPS and action guy, Jason enjoys the occasional well crafted title from every genre.
@jason_tas
Previous Side-scroller 30XX gets a monster new update today
Next Trailer: Pac-Man Museum+ announced, munching on consoles and PC this May