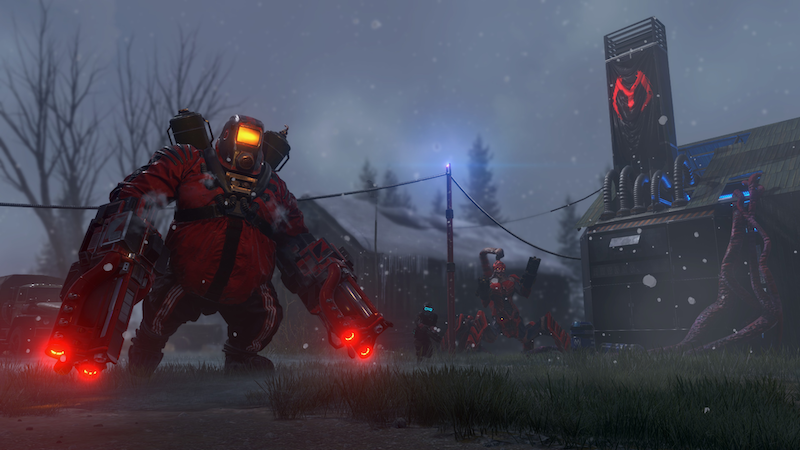 It’s about to get cold… like, ‘Siberian winter’ cold. CroTeam’s rough and tumble hero, Serious Sam, is set to take on the bad guys in the frozen wastes.

Make your way through the vast Russian landscapes in five massive new missions set along Arctic coastlines, desolate forests, abandoned villages and a chilling ghost town. A new set of dangerous foes and bosses join the Horde including some of the most advanced and intimidating creatures the hallowed FPS series has ever seen. Lock and load new weapons like the experimental crossbow or jump into vehicles from snowmobiles to towering mechs.

For now anyway, it looks as though Serious Sam: Siberian Mayhem is a PC exclusive. Also, while it’s technically an expansion, you don’t need the base Serious Sam 4 game to play Siberian Mayhem. If you do already own that game though, you’re in for a discount on this new mission. Devolver says that “a sizable discount” will apply on either a “preorder or post-launch purchase” of Siberian Mayhem.

The standalone release is set to hit Steam on January 25th.

Jason's been knee deep in videogames since he was but a lad. Cutting his teeth on the pixely glory that was the Atari 2600, he's been hack'n'slashing and shoot'em'uping ever since. Mainly an FPS and action guy, Jason enjoys the occasional well crafted title from every genre.
@jason_tas
Previous If you missed the announcements last week, Prime Gaming is pretty great this month
Next Trailer: Blood-soaked and trippy, roguelike Mortal Sin is coming up soon