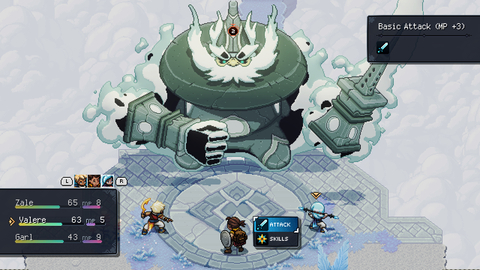 A whole mess of indie games have been revealed as on the way to the Nintendo Switch, including some surprise titles out right now.

Nindies are still a thing

Well, maybe not, but indies most definitely are. Today Nintendo tool the wraps off of a bunch more independently created games, all of which are scheduled to land on Switch some time in the New Year.

If this list is any indication, then 2022 should be jam packed with goodies. Debuting today were games like OlliOlliWorld, River City Girls 2, Chicory, and Don’t Starve Together.

Some of these are actually already out, as you might’ve guessed. It’s pretty typical for Nintendo indie events, and this one was no different. The usual assortment of surprise stealth-launches included Dungeon Munchies, Let’s Play! Oink Games, Chicory: A Colorful Tale, and Timelie.

Here’s the tale of the tape:

The Indie World presentation also featured a montage of upcoming indie games, including Gerda: A Flame in Winter, GRIME, Behind the Frame: The Finest Scenery, Parkasaurus and Baby Storm, which are all headed to Nintendo Switch soon.

Jason's been knee deep in videogames since he was but a lad. Cutting his teeth on the pixely glory that was the Atari 2600, he's been hack'n'slashing and shoot'em'uping ever since. Mainly an FPS and action guy, Jason enjoys the occasional well crafted title from every genre.
@jason_tas
Previous Trailer: Clid the Snail arrives on PC
Next Trailer: Turn-Based 16bit(ish) RPG Sea of Stars coming to the Switch