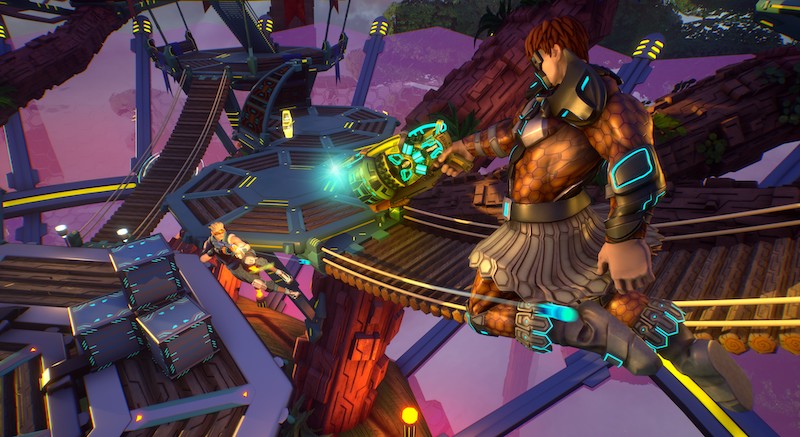 Trailer: It’s NERF or nothin’ as NERF Legends arrives for consoles and PC

Foam darts will be a-blasting as NERF Legends brings the classic toys into the realm of FPS for both consoles and the PC. It’s out now.

On top of the standard release, which includes all of the above, there’s also a digital deluxe edition. That version is also stocked with the Alpha Pack. And it’s there that you’ll find:

NERF Legends is out right now for the PS4, PS5, Xbox One, Xbox Series X|S, Switch, and PC.

Jason's been knee deep in videogames since he was but a lad. Cutting his teeth on the pixely glory that was the Atari 2600, he's been hack'n'slashing and shoot'em'uping ever since. Mainly an FPS and action guy, Jason enjoys the occasional well crafted title from every genre.
@jason_tas
Previous IDW to launch new GI Joe comic, based on the 80s toon
Next Free Comic Book Day returns to the 1st Saturday in May for 2022