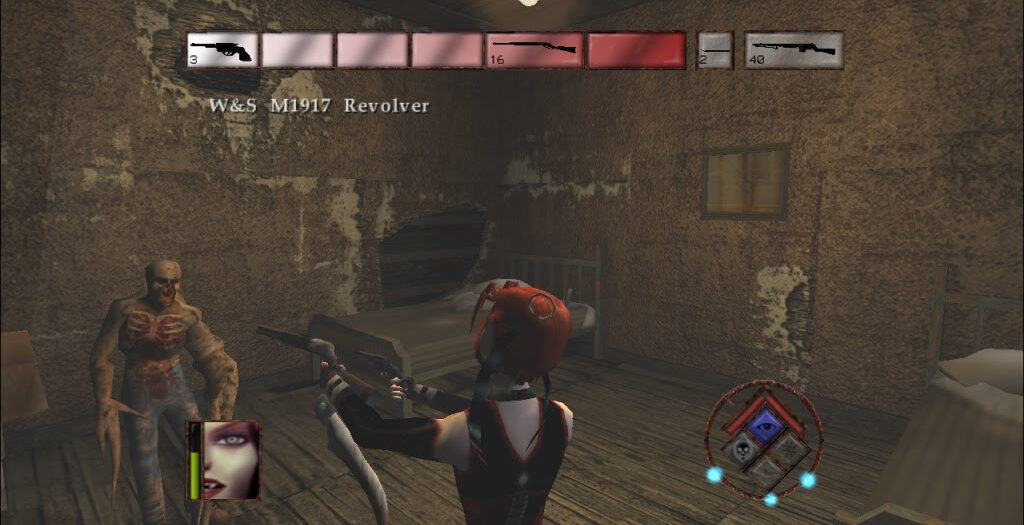 The dhamp is back. Ziggurat and Big Boat Interactive’s remasters of the two classic BloodRayne games are ready for action, and will arrive next month.

Blood will flow once again, and very soon, as BloodRayne ReVamped and its sequel are inbound to consoles. The 2 games hit the PC not all that long ago, but are now making their way to the current crop of set-top boxes.

And being that they’re both “ReVamped”, you know they’re packing some improvements. From the sound of the list, you should definitely be able to notice a difference if you’ve played the originals.

Both BloodRayne ReVamped and BloodRayne 2 ReVamped will arrive for the PS4, Xbox One, and Switch on November 18th. While those will be digital launches, there will also be physical boxed copies for the Switch and PS4, thanks to Limited Run Games. So keep your eyes open for those as well.

Jason's been knee deep in videogames since he was but a lad. Cutting his teeth on the pixely glory that was the Atari 2600, he's been hack'n'slashing and shoot'em'uping ever since. Mainly an FPS and action guy, Jason enjoys the occasional well crafted title from every genre.
@jason_tas
Previous New wave of Spawn figures ready for pre-order
Next Mezco’s take on classic film monsters is coming, with all the terrifying trimmings