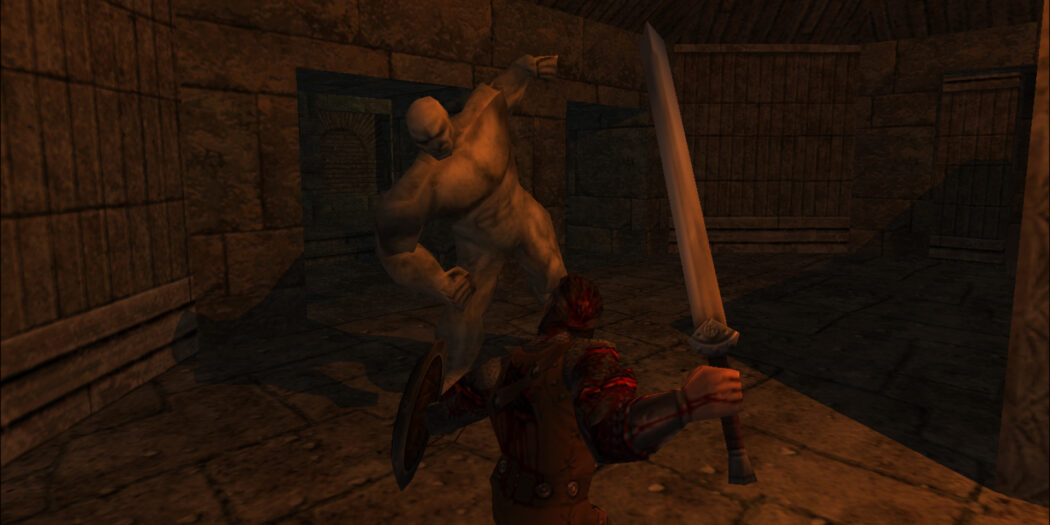 Blade of Darkness returns for PC

Relive what some believe to be a ‘soulsbourne’ predecessor, with the classic hack and slash Blade of Darkness. The aRPG is finally back on PCs.

Did Blade of Darkness birth the soulsbourne genre? Directly? No, almost certainly not, though the game did have any of the sub-genre’s conventions. An action RPG, Blade of Darkness was a pretty tough game, that featured “inventive” combat that actually required strategic play.

It was also loaded with blood and gore, and allowed gamers to hack off enemy body parts. Even better, those body parts could then be used as weapons, and the game had destructible environments as well. So it was ahead of its time in a few ways. And now it’s back.

Blade of Darkness puts players in control of one of four playable characters, each with their own individual strengths, weaknesses, and skills. Each character requires a different approach to combat, as speed, style, and even height will factor into how best to hack and slash the hordes of enemies in their path. A unique dismemberment system allows players to tear foes to shreds and use their bloody body parts to create more carnage. This, paired with the sheer variety of foes and interactable objects, ensures that combat encounters will remain exciting throughout the entirety of the quest.

Developers Fire Falcom and General Arcade have of course added in some improvements. Aside from being playable on modern PCs, BoD also now features widescreen support and 4K visuals. That’s along with new display settings, Steam Achievements, and a bunch of reported quality of life additions.

Not just on Steam, BoD is also available via GOG. Buying from either place though, will get you a 14% off launch discount.

Jason's been knee deep in videogames since he was but a lad. Cutting his teeth on the pixely glory that was the Atari 2600, he's been hack'n'slashing and shoot'em'uping ever since. Mainly an FPS and action guy, Jason enjoys the occasional well crafted title from every genre.
@jason_tas
Previous Trailer: Experience non-violent role-playing in Those Who Came
Next NYCC 21: DST’s final reveal is a brand new Deadpool bust