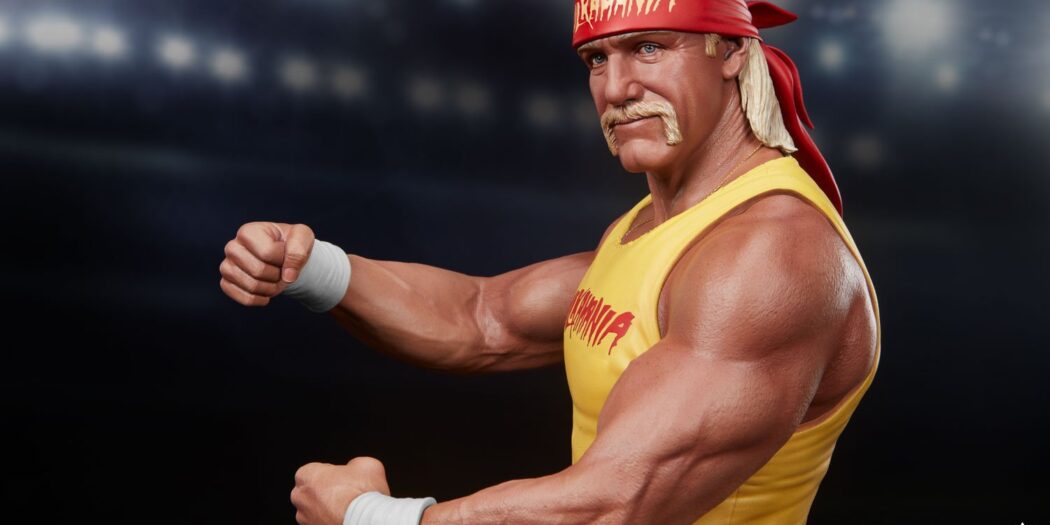 Hulkamania is back. The classic red and yellow Hulk Hogan is up for pre-order with a new high-end, collector piece from Pop Culture Shock.

You hear the theme song, don’t you

The single greatest pro-wrestler of all time? I’d say so. Yeah some guys could wrestle better (maybe a lot better), but Hulk Hogan was the pinnacle in terms of popularity in the old WWF for a ridiculously long time. He basically made the sport what it was back in the mid-to-late-80s with the phenomenon known as Hulkamania.

After that incredible run, the character moved over to WCW. And it was there that he continued as a hero… til becoming one of the greatest heels of all time with Hollywood Hogan in the nWo. Notice a theme? Yep, Hogan is a legend among legends.

And it’s that classic, iconic look for the Hulkster that Pop Culture Shock is playing off of for its latest collector piece. Check out the “Hulkamania” Hulk Hogan Statue.

The “Hulkamania” Hulk Hogan Statue measures 24.5” tall, with the Hulkster flexing his famous arm muscles as he steps into the ring on a circular black podium base measuring 10” wide, featuring the words “Hulk Hogan” in red, white, and yellow.

The “Hulkamania” Hulk Hogan Statue is fully sculpted to capture the muscular physique and mustachioed likeness of this iconic WWE Superstar. His blonde hair is tied back in a red Hulkamania bandana with yellow script. Around his neck, Hulk Hogan wears his gold necklace, and his yellow shirt features red Hulkamania script and lifelike folds and tears sculpted into the garment. His costume is complete with yellow briefs, white armbands, red kneepads, and yellow boots all sculpted and painted dynamically to capture the sheen and movement of wrestling attire in action.

The “Hulkamania” Hulk Hogan Statue is set to ship some time next fall (2022), and is priced in at $655 USD. You can pre-order one here from Sideshow Toys.

Jason's been knee deep in videogames since he was but a lad. Cutting his teeth on the pixely glory that was the Atari 2600, he's been hack'n'slashing and shoot'em'uping ever since. Mainly an FPS and action guy, Jason enjoys the occasional well crafted title from every genre.
@jason_tas
Previous Trailer: Gas Guzzlers Extreme crashing PS4/5 and Switch, DLC included
Next Trailer: Phantom Beasts joins Steam Next Fest with playable demo