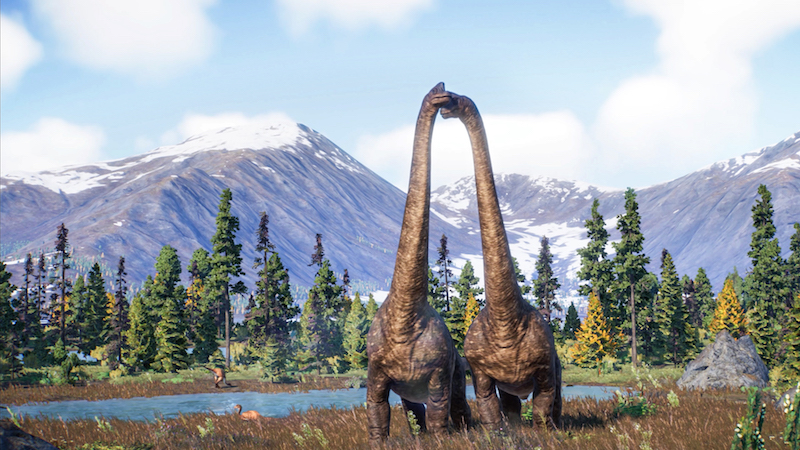 A city/park-builder with a good story is kind of rare, but Jurassic World Evolution 2 is looking to do just that, with a story true to its source.

The original Jurassic World Evolution was a pretty fun time, but I admit I didn’t play nearly enough of it. As usual, other things tend to draw me away from more slow-paced titles like the park-builder in question.

But even so, I’m already getting pulled into the game’s sequel. The latest developer diary was all that it took for that, since the team seems to be crafting a gem that should fit right into the film’s overall narrative.

The new video delves into just where the story picks up, as well as how you’ll be meeting up with, and where it’ll all take place. As you’ll see, it’s radically different than any other JP or JW game, in that the story mode is not constrained by a theme park.

If you’re a fan of the Jurassic franchise, it’s worth the watch.

From when and where the game’s narrative picks up, to how the story remains authentic to the Jurassic World franchise, find out more about the exciting events that will unfold. Take a closer look at the diverse locations players can build in, the dangers that they’ll come up against, and the iconic characters reprising their roles.

Learn more about Chaos Theory, an exciting new mode that revisits key moments from the Jurassic Park and Jurassic World films. Explore how the developers put players in control, while maintaining the authenticity of the Jurassic franchise fans know and love.

Jason's been knee deep in videogames since he was but a lad. Cutting his teeth on the pixely glory that was the Atari 2600, he's been hack'n'slashing and shoot'em'uping ever since. Mainly an FPS and action guy, Jason enjoys the occasional well crafted title from every genre.
@jason_tas
Previous Trailer: Get boots on the ground in the deadly world of Insurgency: Sandstorm
Next Corpse Killer (Switch) Review