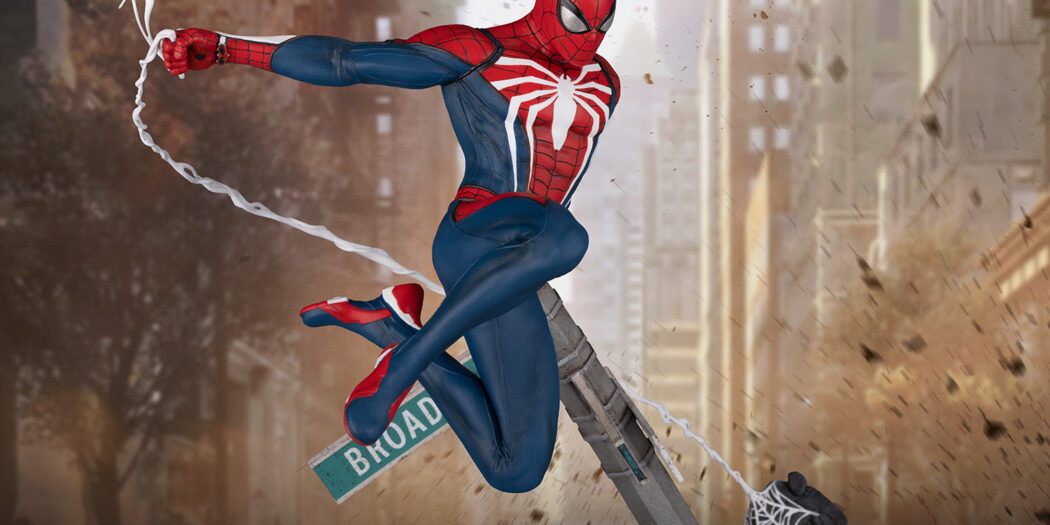 Maybe the greatest Spider-Man game of all time, Sony’s Spider-Man and Miles Morales games now have a pair of collectible statues from PCS.

If you followed along with Sony and developer Insomniac’s awesome Spider-Man games, then you already know that they offer up as fantastic of a Spider-Man experience that’s ever been.

The young-series began with the original, Peter Parker, before delivering a fully-realized Miles Morales game. Sprinkled throughout was a series of the biggest Spidey rogues, as well as new origin stories and different takes on classic Spider-Man themes that still remained true to the core property.

Where the series goes now, is still unknown. Although we do know that collectible-maker Pop Culture Shock has a pair of dioramas based on those games coming up.

The company has both a Peter Parker piece, cast his “Advanced Suit”, and Miles Morales on the way.

Both cast in the 1:6th scale, the dioramas stand 14″ tall and 13″ wide, so they’re pretty big. And while they are both sculpted in similar web-slinging positions, the two heroes each have variated bases.

There are some similarities however, as each clocks in at $450 USD and both pieces are set to ship in October 2022. Ready to pre-order? Click here to check out Peter, and here for Miles.

Jason's been knee deep in videogames since he was but a lad. Cutting his teeth on the pixely glory that was the Atari 2600, he's been hack'n'slashing and shoot'em'uping ever since. Mainly an FPS and action guy, Jason enjoys the occasional well crafted title from every genre.
@jason_tas
Previous Trailer: Mythos expands Total War Saga: Troy
Next Trailer: Vegito and Gotenk battle it out in Dragon Ball Z: Kakarot