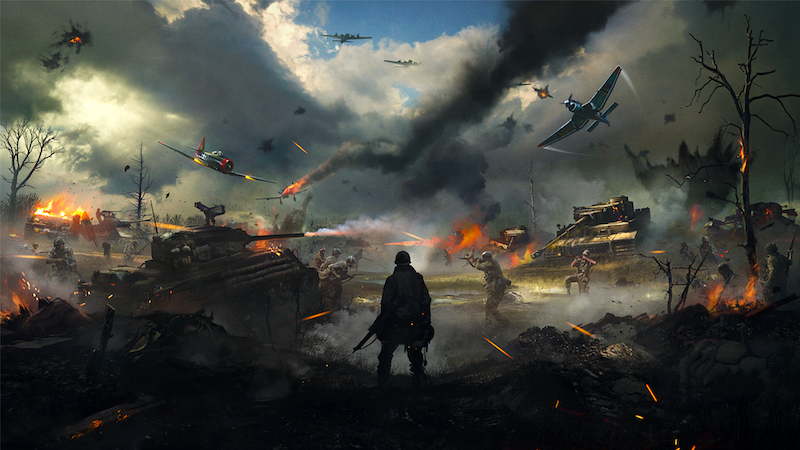 Hell Let Loose about to kick off closed beta on PS5

Time to… let loose the closed beta of war as Hell Let Loose makes its way to the PS5 for a little pre-release test. It all begins tomorrow, August 26th.

Released on the PC not that long ago, Team17 and Black Matter’s Hell Let Loose combines strategy with FPS action set in WWII. This one comes with all the trimmings too, as in vehicles artillery, and a “dynamically shifting front line”, according to the game’s website. Oh, and 100 player battles too, can’t forget that.

While the shooter is out now on the PC, it’s also coming to consoles and will be landing on the PS5 some time soon. But before we get to that, there’s a beta test to get in on.

Beginning tomorrow (August 26th, 2021) at 10am eastern time, the beta will run through Tuesday the 31st at same time. So with that, you should have plenty of time to dig in, and see what Hell Let Loose’s vision of WWII serves up.

As for what you’ll be playing, there’ll be one map available in Hurtgen. That will be open and playable, but it sounds like the beta will be the complete experience otherwise. Don’t expect progress to carry over to the finished product at all, though I’m not sure if that really matters much in this case.

Want to find out how to get in on the action? Click here for the official site.

Jason's been knee deep in videogames since he was but a lad. Cutting his teeth on the pixely glory that was the Atari 2600, he's been hack'n'slashing and shoot'em'uping ever since. Mainly an FPS and action guy, Jason enjoys the occasional well crafted title from every genre.
@jason_tas
Previous Trailer: Sniper Ghost Warrior Contracts 2 takes aim at PS5
Next Trailer: World War Z: Aftermath gets September launch, hits pre-order