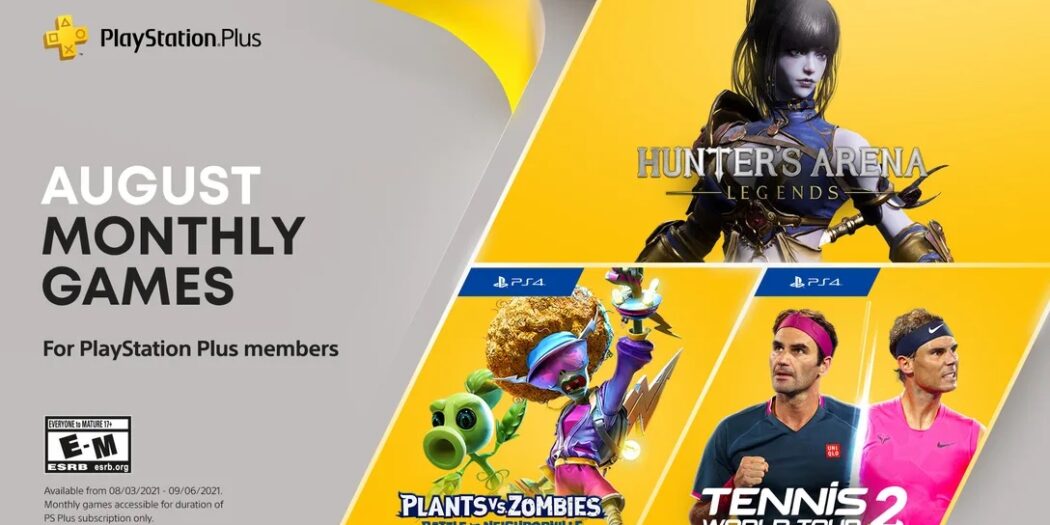 Zombies, tennis, and more comes to PS+ this month

No, there’s no blockbuster ‘wow I can’t believe this is free’ game this month for PS+ subscribers. Depending on your interested though, there might just be enough to entice you to download one of these titles. I mean, you’re definitely going to ‘claim’ them all, that’s without question, but I know from experience that actually downloading one takes some effort… for lack of a better word.

Then there’s Hunter’s Arena: Legends. I’m not familiar with this one at all, though it looks pretty great. HA:L is an online, “30 player PvP & PvE combat-based battle royale”, so if you’re looking for lots of quick playing action, this could scratch the itch.

Also it’s pretty new, having just launched last month for PS4 and PS5. So there’s that.

And finally, rounding things out, there’s Tennis World Tour 2. If you’re a tennis fan, NACON’s sim is one that you might’ve played already. If you haven’t though, the game allows for both online and offline play, singles and doubles, and ranked leaderboards.

All of the above will be available starting today for PlayStation Plus subscribers.

Jason's been knee deep in videogames since he was but a lad. Cutting his teeth on the pixely glory that was the Atari 2600, he's been hack'n'slashing and shoot'em'uping ever since. Mainly an FPS and action guy, Jason enjoys the occasional well crafted title from every genre.
@jason_tas
Previous Trailer: The Left 4 Dead 2 team preps for action in Zombie Army 4
Next Trailer: New free content coming up for The Walking Dead: Saints and Sinners