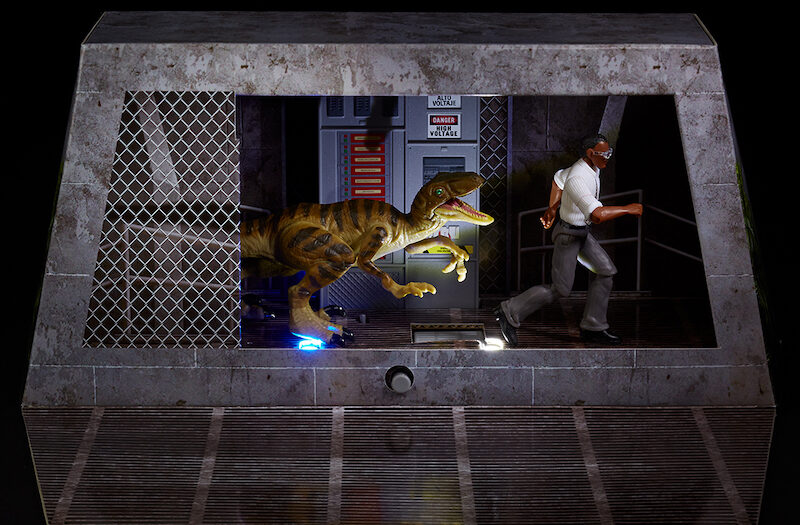 Home / Action Figures and Toys / SDCC 21: One of the original Jurassic Park’s most gruesome scenes is today’s special reveal from Mattel

SDCC 21: One of the original Jurassic Park’s most gruesome scenes is today’s special reveal from Mattel

Remember what happened to actor Samuel L. Jackson’s Ray Arnold in the original Jurassic Park? Well, Mattel does, and it has a wicked set on the way.

Hold onto your butts

Yes, Mister Arnold was a pretty memorable character from the original Jurassic Park film. Not the least of the reasons for that was the performance from Sam Jackson, and the fact that he had one of the more bloody deaths in the movie. Not that we actually saw said-death happen.

While some characters in JP became dino-chow in front of our eyes, Arnold had much more of an implied fate. If you don’t remember, or never saw the movie, it was also a particularly effective scene.

Arnold went to check on the Park’s computer systems to assist with the computer reboot in the wake of Denis Nedry’s betrayal (and death). When he did, he just kind of vanished. Well, it turned out that there was a good reason for that, since there were apparently some voracious raptors waiting for him in the facility.

When Dr. Sattler found herself in the same place, Arnold’s arm fell onto her shoulder from behind some equipment. And it was, uh, just his arm. And that friends, is the focal point of Mattel’s latest MattelCreations exclusive.

As you can see, the new boxed set includes Arnold as well as his killer, a vicious velociraptor. Both are in 3.75″ scale, so they should fit right in with what’s become Mattel’s largest collection of dinosaurs and humans from the films to date.

Pretty slick packaging there too. You can actually set up how you’ve always envisioned the unseen-scene to play out. And to assist with that depiction, the box also comes packed with a severed arm as well, though it also appears that you can swap that out to show Arnold in his more living form.

Here are the bullets from the press release, as well as how to get one of these for your collection:

Jason's been knee deep in videogames since he was but a lad. Cutting his teeth on the pixely glory that was the Atari 2600, he's been hack'n'slashing and shoot'em'uping ever since. Mainly an FPS and action guy, Jason enjoys the occasional well crafted title from every genre.
@jason_tas
Previous Take a deeper look at a mission in Arkane’s Deathloop
Next Trailer: Set out to settle a wild world of monsters and myth in Pagan 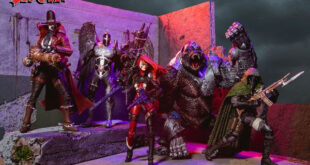