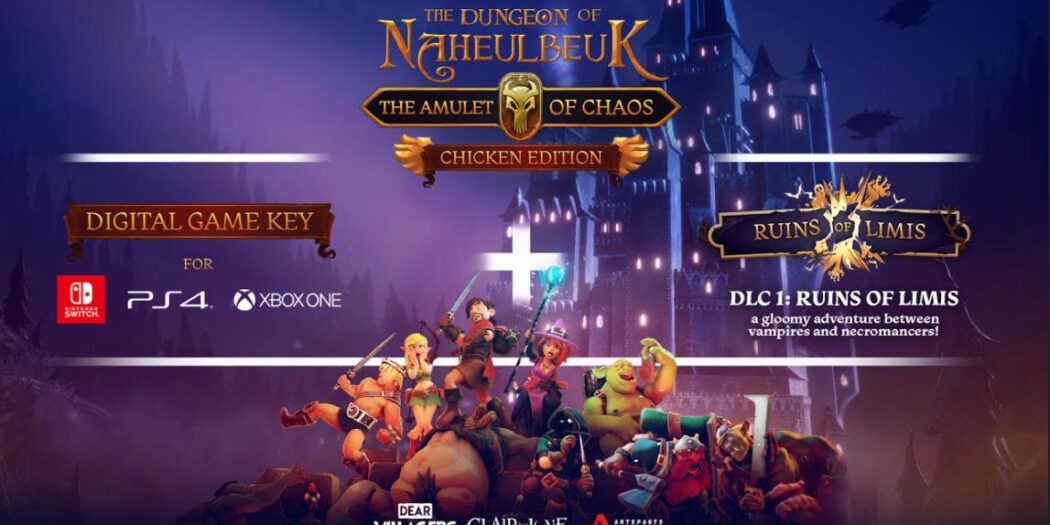 Formerly only available on the PC, comedic tRPG The Dungeon of Naheulbeuk has made its way to consoles. The dungeon is waiting.

Who you calling Chicken?

Already available on PC via Steam, The Dungeon of Naheulbeuk: The Amulet of Chaos’ is a turn-based tactical RPG chock-full of charm, humor and chaos. Leading a ragtag company of unlikely heroes, players will embark on an epic adventure combining the fun, creativity and chaos of an epic fantasy tabletop campaign with the challenge of the very best tactical RPG games, delivering an adventure, unlike anything you’ve played before.

The Dungeon of Naheulbeuk is avail now for the PS4, Xbox One, and Switch, as well as the PC. The new console release is officially the “Chicken Edition”, and includes the formerly paid DLC Ruins of Limis.

Jason's been knee deep in videogames since he was but a lad. Cutting his teeth on the pixely glory that was the Atari 2600, he's been hack'n'slashing and shoot'em'uping ever since. Mainly an FPS and action guy, Jason enjoys the occasional well crafted title from every genre.
@jason_tas
Previous Wave 1 of Todd McFarlane’s new Spawn figure line is ready for pre-order
Next Trailer: Star Wars Pinball VR expands with new Droids Table