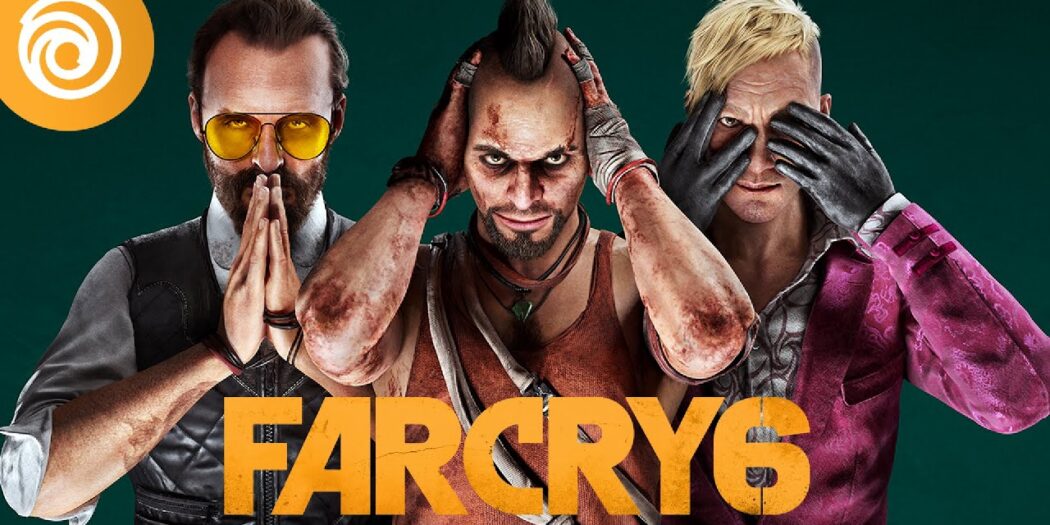 During Ubisoft Forward we were treated to an extra look at the dictator of Yara from Far Cry 6, Anton Castillo (Giancarlo Esposito) and the season pass that’ll follow after release.

The dictator of Yara is obsessed with restoring his land to the glory it was 50 years ago when his father ruled. Unfortunately for the locals, it might not be done in the most civilised manner.

A Season Pass to Make You Insane

Unsurprisingly, Far Cry 6 will have a season pass because modern gaming. However as far as season passes go, this one sounds pretty cool. For a start you get Far Cry 3 Blood Dragon, a short spin-off within the franchise. Step into the neon boots of Rex ‘Power’ Colt and dive into a world straight out of the 80’s idea of the future.

Not only will you receive the game but you’ll also gain Blood Dragon themed items, a vehicle, weapons and a very good robot boy named K-9000.

Remember Vaas Montenegro? Pagan Min? Joseph Seed? Of course you do, we all do. Ever wondered what it would be like to be in their head? Far less likely. Well good news, maybe. DLC from the season pass will give you exactly that. Released as 3 separate episodes you will take on the role of these villains.

As you plummet into the minds of these questionable individuals you’ll relive their history and see the world through their eyes. Making your way through locations from Far Cry 3-5 you’ll have to fight to survive unlocking perks and weapons along the way to force your way through these twisted minds. If/when you die you’ll have to start from the beginning with only the ‘knowledge’ you’ve gained. Hopefully that means perks.

To add the psycho cherry on top of the murderous cake, each original actor will return to voice their characters so you can really feel the crazy.