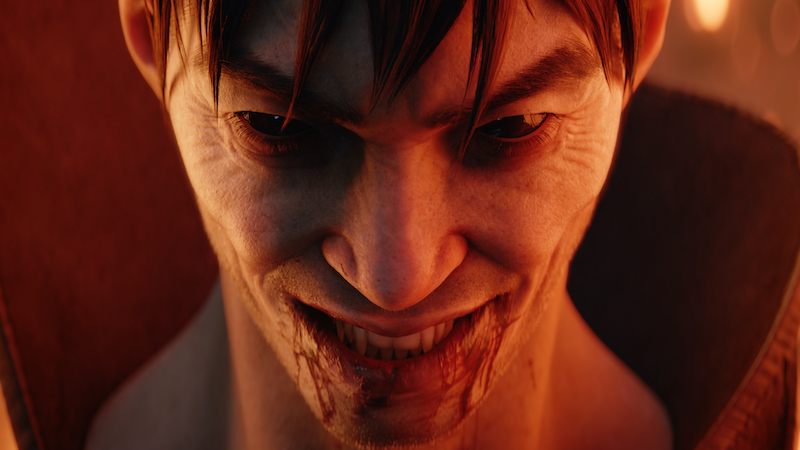 The Xbox/Bethesda briefing ended with a “one last thing” moment that introduced Redfall, a new 4 player co-op title from Arkane Studios.

Taking a page from Apple, Microsoft ended their E3 presser with a brand new game and IP announcement from Bethesda. The title spins out of Arkane Studios, who you of course know from the likes of Dishonored and Prey.

This new game has nothing to do with either of those titles though, and I mean that in just about every way. Redfall is massively different in tone, with a younger and more ‘extreme’, comic-booky feel to it. It’s also a 4 player co-op affair (though you don’t actually have to have a quartet to play), and it involves vampires.

Here’s the first look at Redfall:

The quaint island town of Redfall, Mass., is under siege by a legion of vampires who have blocked out the sun and cut the island off from the outside world. Trapped with a handful of survivors against a horde of creatures threatening to bleed the town dry, players will choose from a diverse roster of heroes and group up with others to create the perfect team of vampire slayers.

As mentioned, Redfall will feature both multiplayer and offline action. You can go it alone if you prefer, though presumably it’ll be better played with a team. Arkane makes it a point to talk abbot combining the strengths of the heroes “to overcome the vampire legion and their brood of maniacal followers.”

Expect to see a lot more about Redfall in the months to come, as the game is set for release some time next summer.

Jason's been knee deep in videogames since he was but a lad. Cutting his teeth on the pixely glory that was the Atari 2600, he's been hack'n'slashing and shoot'em'uping ever since. Mainly an FPS and action guy, Jason enjoys the occasional well crafted title from every genre.
@jason_tas
Previous E3 2021: Doom Eternal goes current-gen on June 29th
Next The Elven Union team arrives in Blood Bowl III