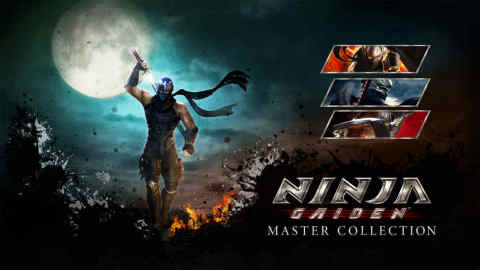 Game Builder Garage gets players making their own gaming experiences, along with Ninja Gaiden, and the usual selection of smaller launches.

Game Builder Garage most definitely isn’t for me, but it’s sure to pique some interest out there. The ‘game’ is actually a creation suite, that allows players to make their own titles. It isn’t just for one genre either, as you can build kart racers, “alien blaster”s, and “tag game”s. Whatever that is.

If you’re not into making games though, this week still offers a pretty great option with Ninja Gaiden: Master Collection. This set includes all 3 of the now-classic, gore-filled games, with 5 playable characters, and “most” of the DLC that was originally released. If you remember these games from the OG Xbox era fondly, this is a collection you’re going to want to take a look at.

Here’s the full listing of what’s on the way this week:

Jason's been knee deep in videogames since he was but a lad. Cutting his teeth on the pixely glory that was the Atari 2600, he's been hack'n'slashing and shoot'em'uping ever since. Mainly an FPS and action guy, Jason enjoys the occasional well crafted title from every genre.
@jason_tas
Previous Activision Announce The Return Of Spyro
Next G.I. Joe Classified Snake Eyes and Timber set now ready for pre-order