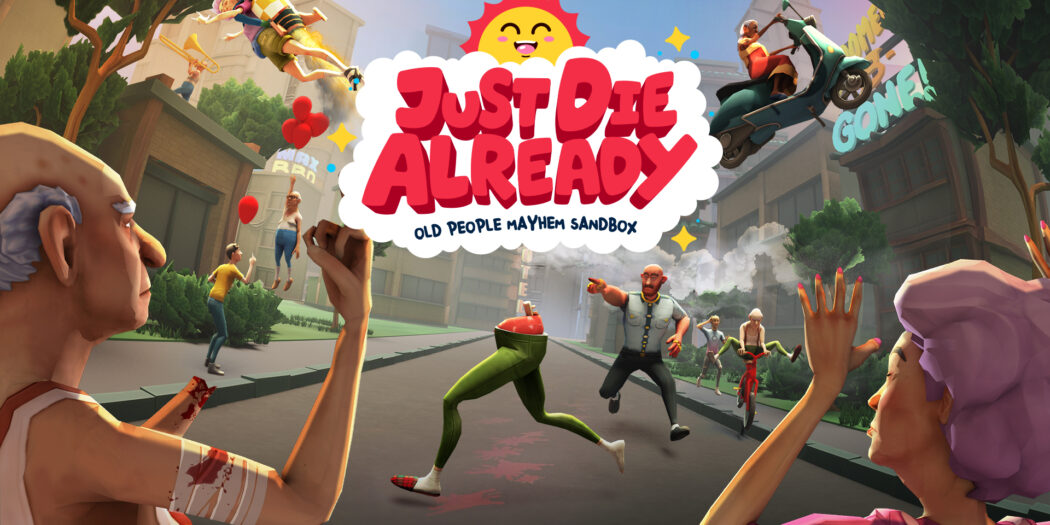 Getting older is a funny thing. Your joints hurt, your memory fades, coupons appear out of thin air and the food you once enjoyed now makes a 40-yard dash to your colon. It’s not all bad though, with age and experience comes maturity and humility. The ability to look back and see where things went right or wrong can be paramount to your future. As many gamers are aware, hindsight is 20/20.

Fallen and Can’t Get Up

Just Die Already! Created by DoubleMoose takes place in a society where people aren’t having children anymore, millennials are playing video games instead of working, and there’s no one paying for pensions. That leaves old-timers like you in a tough spot. One day your old fogey wakes up and is quickly ejected from your retirement home. In a world where the elderly might as well be walking smallpox blankets, it’s up to you to rack up tickets through completing challenges qualifying you for a better home and finally living out the rest of your days in peace.

Feel free to pick one of four “boomers” to play as but don’t agonize over your choice. They all control exactly the same. There’s a grab button, a taunt button, a respawn button, and a ragdoll button of course. Once out of the home there’s a decent-sized city to explore and DoubleMoose deserves credit for how much you can interact with. Just about every item in the game and person exists for your entertainment. Eat whatever you want, drink a soda, pee in a garbage can, or flip off the young kids. Some vehicles can be driven although the driving quality isn’t what some might call user-friendly. The game isn’t free from issues. It’s not uncommon to see an NPC spazzing out or to be unable to pick up a floating item even when you’re standing in the middle of it.

The main attraction mechanic of the game is your character’s fragility. There are dozens of ways Nana can break herself with Noah levels of blood. Lose a leg. Lose your head. Break all your bones! Be a proud limbless floating torso. Injuries are represented by a broken bone icon and a bleeding heart. The mechanic is a tad sensitive. My character fell apart about 5 times before I could even get him out the front door. It’s hard to say whether this is a bug or a feature but it can be a little frustrating. This much carnage revealed so quickly, so early, meant there was little to explore in my own character’s degradation. The gimmick was already up by that point. Personally, I believe it should take some effort to smash the bones of an octogenarian.

Whoopie cushion for your thoughts?

Players will spend a lot of time snapping themselves in half to rack up tickets. These challenges can be found in your bucket list. Think normal boring errands like hopping on landmines or peeing on electric wire. This is where the respawn button comes in handy. Macgyver weapons like magnet guns or saw blade rifles from blue vending machines. Be careful, as these items eat into your ticket supply, and buying them will prolong your time spent on challenges. Most of the game’s enjoyment is found in how creatively items can be mixed.

The most ironic moment for me while playing a game about getting older, was that I might be too old for it. The objectives are full to the brim with memes like “oh lawd he coming” ( eat so much you explode) and “not the bees!” so the aim at younger audiences is obvious. Yes, I’ll admit, I chuckled when my old man Stanislav chased a grocery clerk around with two bear traps on his feet armed with a nail gun. However, I stopped laughing when it seemed apparent that despite the premise of the game, our elder citizens are still the butt of the joke even when the joke in question is satirical. Some of the jokes have low-hanging fruit energy to them and it makes a person wonder if the writers couldn’t have tried a little harder.

Just Die Already isn’t for everyone. It’s going to offend some with its sensibilities and others for its controls and poor collision detection. However, I believe there is a specific niche of gamers who have been waiting their entire young lives for a game just like this one. It’s not long and it’s only 15 dollars so there are worst ways to spend your time but don’t expect any groundbreaking story or theme, this is a blood and guts chaos simulator. Nothing more.

I am the first person ever to come up with the term "fitness nerd". I was raised by Television and some people think that was a pretty big mistake.
Previous Trailer: Wasteland 3 getting a fresh campaign with new DLC
Next Here’s your first look at the upcoming Evil Dead: The Game 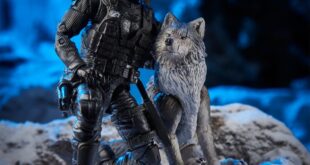 Another Snake Eyes figure is joining Hasbro’s G.I. Joe Classified line, but if you’re an …