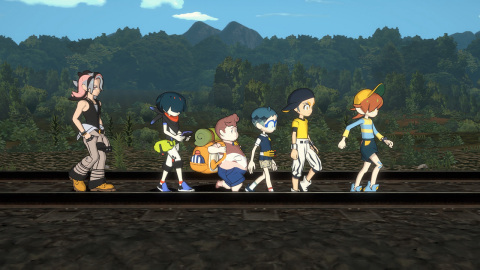 Home / News / Nintendo Download: Do Your Time in the School of Hard Knocks

Nintendo Download: Do Your Time in the School of Hard Knocks

As we tumble into another holiday weekend (in the US anyway), Nintendo seems to be getting fans ready for a little R’n’R. Despite the headlining game not being a triple A title, this is all around a pretty strong week.

Aside from all of the games that are hitting though, there’s also an excellent reminder that Ninja Gaiden: Master Collection is coming. That set of games hits pre-order on the eShop this week, and it hits soon too, on June 10th.

Have a scroll down and see what’s new while you wait.

Jason's been knee deep in videogames since he was but a lad. Cutting his teeth on the pixely glory that was the Atari 2600, he's been hack'n'slashing and shoot'em'uping ever since. Mainly an FPS and action guy, Jason enjoys the occasional well crafted title from every genre.
@jason_tas
Previous Sega announces a cavalcade of new Sonic games and animation
Next Trailer: Operation Eagle is a go for Iron Harvest