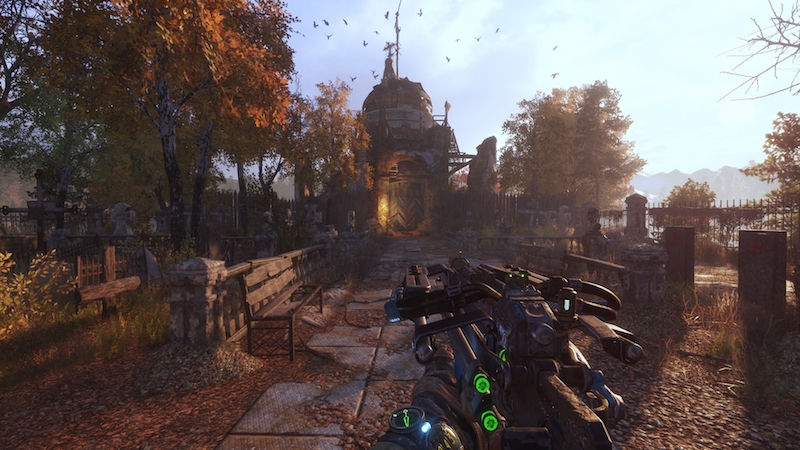 Ready to ride the metro again? First-person shooter Metro Exodus is back for the PC (console editions coming up), this time as the Enhanced Edition.

This upgrade is so extensive it will require a Ray Tracing capable GPU as the minimum spec and will be delivered as a separate product – it is not a simple ‘patch’ to the base game – instead it will be offered as an extra entitlement to all existing Metro Exodus PC players.

Metro Exodus Enhanced Edition is out right now the PC. Just remember, as it says above, your rig will need to be able to support ray tracing to play. This is no simple patch-job.

As for the console versions, those aren’t too far off either. Deep Silver says that the PS5 and Xbox Series X|S versions of the newly enhanced title will be along on June 18th. Both current-gen upgraded editions will be totally free for those who already own the game too. So if you have the game and have yet to finish or even start it, that’ll be the time.

If you don’t have it, then you’ll be able to pick up a copy of Metro Exodus Complete Edition for either the PS5 or the Xbox Series X|S. That new retail version of the game will include a host of improvements, plus both DLC packs that were previously released.

Metro Exodus Complete Edition will run at 4K / 60FPS with full Ray Traced lighting throughout on PlayStation 5 and Xbox Series X. The base game and DLC expansions will feature both our ground-breaking Ray Traced Global Illumination (RTGI) and the Ray Traced Emissive Lighting techniques pioneered in the original release of Metro Exodus and The Two Colonels expansion across all content.

The next gen consoles will benefit from dramatically reduced loading times thanks to the use of their SSD storage optimizations, 4K texture packs, and a range of platform specific features including spatial audio and controller latency improvements on Xbox, and support for the haptic features of the PlayStation 5 DualSense controller.

Jason's been knee deep in videogames since he was but a lad. Cutting his teeth on the pixely glory that was the Atari 2600, he's been hack'n'slashing and shoot'em'uping ever since. Mainly an FPS and action guy, Jason enjoys the occasional well crafted title from every genre.
@jason_tas
Previous Nintendo Download: Born To Skate
Next Trailer: We are legends in the newest look at Hood