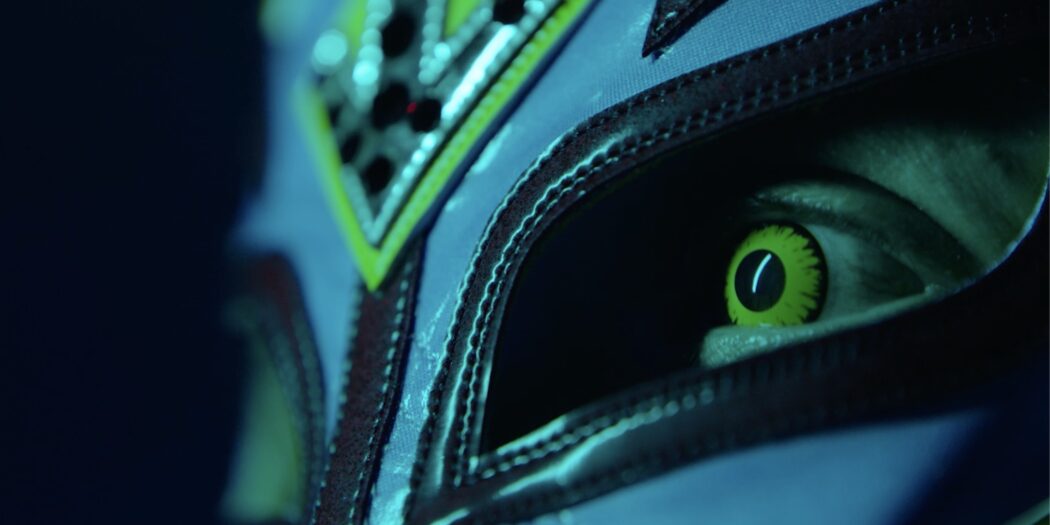 Rey Mysterio stars in the first video glimpse of the long-awaited next game in the WWE 2K series. Fair warning though, there’s no gameplay.

WWE 2K22 is coming. Just when it might be arriving is a mystery however, as is pretty much everything else having to do with the returning series. Speaking of “mystery though”, we likely know one thing – who the cover-athlete will be.

In the teaser, Rey Mysterio, a high-flying lucha libre legend and one of the most exciting and decorated Superstars in WWE history, slips on his iconic mask, enters the ring, sets up his opponent, Cesaro, and connects with his electrifying 619 signature move. The video concludes with a note confirming WWE 2K22 will be coming soon and the tagline “It Hits Different.”

And… that’s it. For now anyway, fans have nothing else to go on, other than the video and the bit of public-relations text. What’s seen of the game isn’t much, but it does look nice. There’s an interesting connotation with the trailer too, with the “It Hits Different” tag.

Could that mean that 2K22 is going to have a radically different corneal scheme? Might we see pacing change? Slower perhaps, and more strategic like the N64 wrestling games of old?

I realize that’s probably a pipe dream on my behalf, but if I had my way it’d be the new direction for a series that’s fallen on the outs with fans. A return to a play style that’s perennially been a surefire hit would go a long way to redeeming the 2K title.

Presumably the title of the game itself means we’ll be seeing WWE 2K22 hitting retail before the end of the year. So whatever way the ‘new’ take on the series shakes out, we’re set to find out much more in the months to come.

Jason's been knee deep in videogames since he was but a lad. Cutting his teeth on the pixely glory that was the Atari 2600, he's been hack'n'slashing and shoot'em'uping ever since. Mainly an FPS and action guy, Jason enjoys the occasional well crafted title from every genre.
@jason_tas
Previous PS+ has a big month in April with Days Gone, Oddworld, and Zombie Army 4
Next Marvel’s Star Wars comic book crossover expands to feature a certain crime lord