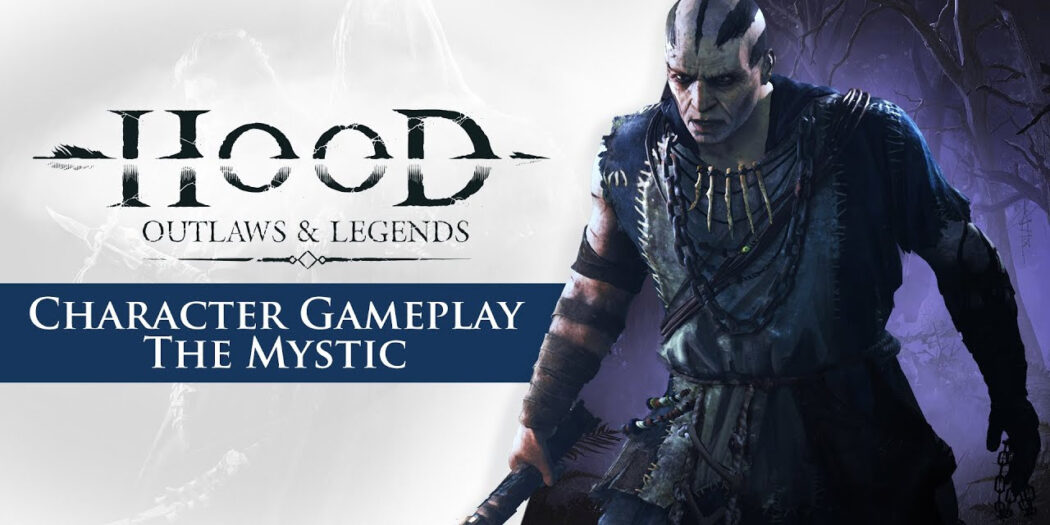 Trailer: The Mystic rounds out the quartet of Hood: Outlaws & Legends heroes

Get mystified! The final and maybe most interesting of Hood: Outlaws & Legend’s heroes is here, and it’s the Mystic, a smoke-bomb toting healer.

Trained from a young age as an inquisitor, the Mystic chose to rebel against the government’s iron fist and brings several unique powers to the battlefield. Use your abilities to reveal nearby enemies for a short time and heal yourself and nearby allies. Meanwhile, the Mystic’s poisonous smoke bombs can bring foes to their knees — or be adapted with perks to heal allies in an area-of-effect.

The Mystic is also a capable melee fighter, with a deadly flail that can set the pace of combat. Swing it to create space or launch it forward to perform a powerful mid-range attack, stunning enemies to create an opening for a finishing blow. In a game where close cooperation is key, the Mystic can be a vital addition to your team composition and strategy.

From Focus Home and Sumo Digital, Hood: Outlaws & Legends is set to arrive on the PS4, PS5, Xbox One, Xbox Series X|S, and PC on May 10th. Looking to get a jump on the game’s co-op multiplayer action?

If so, then you might want to pre-order. Doing so will net you a 3 day head-start, and get you playing on the 7th. While we’re on the subject, the Year One edition is also pre-orderable now, and includes the 3 Battle Passes planned for post-launch. If you’re digging what Hood is showing off, then it could be the way to go.

Jason's been knee deep in videogames since he was but a lad. Cutting his teeth on the pixely glory that was the Atari 2600, he's been hack'n'slashing and shoot'em'uping ever since. Mainly an FPS and action guy, Jason enjoys the occasional well crafted title from every genre.
@jason_tas
Previous Detective Comics #1035 (Comics) Preview
Next Sega’s Astro City Mini Console hits UK pre-order at Funstock