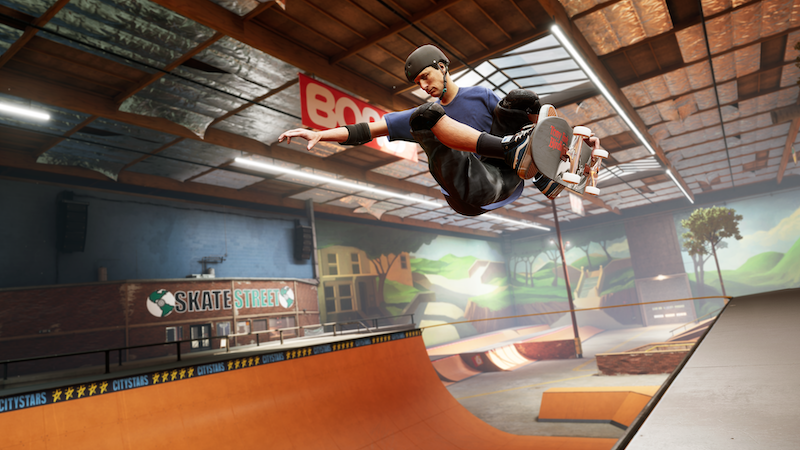 Activision announced today that its awesome remasters of Tony Hawk’s Pro Skater 1&2 will be coming to Switch, as well as next-gen consoles this year.

Basically re-created from the ground up, Tony Hawk’s Pro Skater 1&2 hit the ground rolling in late summer of 2020, and did so in style. Calling the set of games a simple ‘remaster’ seems insufficient. The package deal brought the originals back, but did so as though there were brand new games for a new generation.

And now they’re about to get even newer. Activision announced today that the set would be making the jump to the PS5 and Xbox Series X|S, and sooner than you think. The games arrive on March 26th. On top of that, it’ll also be making its way to the Nintendo Switch, though that will be more of a direct port, and doesn’t not yet have a launch date.

So what’s new for the next-gen title? Well obviously these are the same games from last year, but basically they are going to look and run even better.

The upcoming, next-gen versions of Tony Hawk’s Pro Skater 1 and 2 will give players a variety of upgrades, such as super crisp 120 FPS at 1080P, native 4K at 60 FPS (1440P and upscale to 4K on Xbox Series S – ed), spatial audio and more, while the game on Nintendo Switch™ will give fans the chance to ollie with Tony Hawk and the line-up of pro-skaters on-the-go.

As with most games during this handing of the baton from gen to gen, THPS1&2 will have an upgrade deal. For some reason Japan is an issue with these kinds of deals, but outside of that territory anyone who owns the game already on Xbox One or PS4 will get the next-gen edition for free on the launch date of the 26th. Click here for more on that.

If you don’t have copy, and want to grab a digital edition, you’ll find that cross-generational versions of the game will be up and ready for purchase. Those will have a $10 USD price bump, but will get you a bunch of bonuses too.

The upgrade includes access to the secret skater Ripper (a.k.a. the infamous Powell-Peralta mascot), retro gear for Create-A-Skater mode, and retro skins for Tony Hawk, Steve Caballero and Rodney Mullen.

And finally, there’s Crash. Crash Bandicoot has crossed over into THPS1&2 with a set of in-game gear, and has had a little bit of fun with the Bird Man himself via Twitter recently. So if you like cross-franchise tomfoolery, click here for a bunch of it.

As for the game, you can lock up your copy right now. PS5 and Xbox Series X, and Switch editions are ready for pre-order as of today (in most places).

Jason's been knee deep in videogames since he was but a lad. Cutting his teeth on the pixely glory that was the Atari 2600, he's been hack'n'slashing and shoot'em'uping ever since. Mainly an FPS and action guy, Jason enjoys the occasional well crafted title from every genre.
@jason_tas
Previous Trailer: 30XX hits Early Access on PC
Next SNK releases new looks at KoF 15, incoming Samurai Showdown fighters