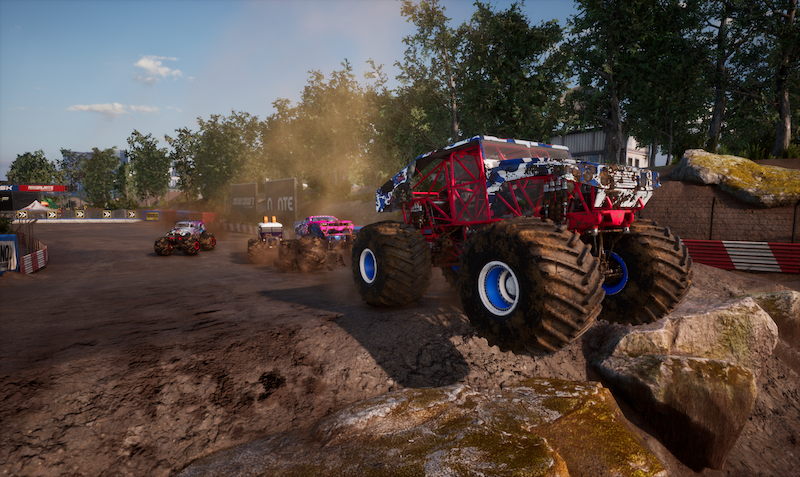 Start your engines get ready to roll, with a better than ever looking Monster Truck Championship. The game hits PS5 and Xbox Series X|S next month.

Is it Sunday yet?

It wasn’t too long ago that we took a look at NACON and Teyon’s Monster Truck Championship. A title centered on classic monster truck events, the game let players take part in everything from freestyle driving to managing their driving team.

Here’s a taste of what you’ll find in Monster Truck Championship:

In addition to the above, Monster Truck Championship now looks even better, with PS5 and Xbox Series X|S editions. New versions of the game will take advantage of the power that the new Xbox and PlayStation consoles offer, and will include 4K and 60fps performance.

Launch is right around the corner for these new editions of the game too, so you won’t have long to wait. You’ll be able to find the new releases at retail on the 16th of March in the US, and on the 11th in Europe.

It’s available right now for the PS4, Xbox One, PC, and Switch.

Jason's been knee deep in videogames since he was but a lad. Cutting his teeth on the pixely glory that was the Atari 2600, he's been hack'n'slashing and shoot'em'uping ever since. Mainly an FPS and action guy, Jason enjoys the occasional well crafted title from every genre.
@jason_tas
Previous New Batman and Superman comics to bring movie-universes back to life
Next Hot Toys’ deluxe Boba Fett detailed, along with deluxe version