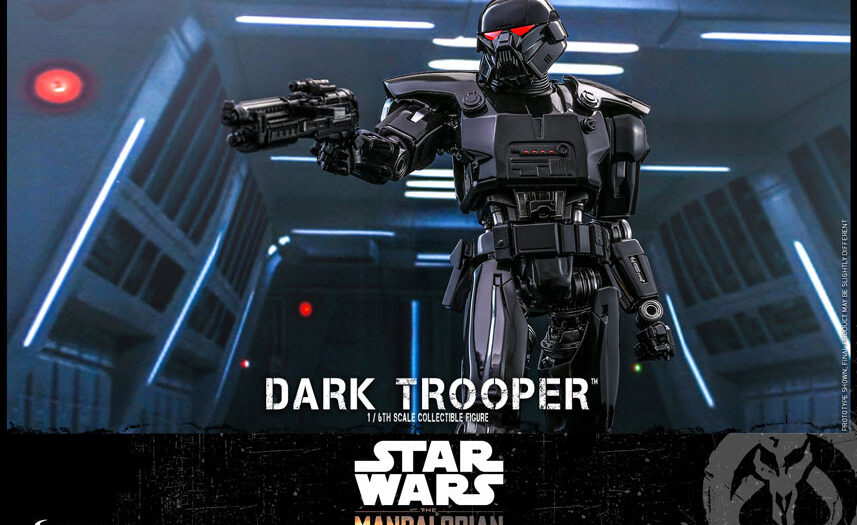 If you missed the announcement last week, then you’re going to love what Hot Toys has on tap. The Mandalorian’s Dark Troopers are on the way.

Dark Troopers are no longer suits

If you watched The Mandalorian season 2 then you know that, among all of the other awesome stuff that was included, the Dark Troopers became canon. Originally from the classic Star Wars Dark Forces video game, the live action versions were pretty different. Though, in a cool nod to the past, it seems the Dark Forces ones might have existed as well.

In the show, the Dark Troopers are third-generational. So these specific Stormtroopers have been through a few revisions already by the time of The Mandalorian. It’s even mentioned that the humans have been factored out of the equation, leaving the Troopers as super-powerful droid soldiers.

And that’s just what toy-maker Hot Toys has in store. Clocking in at the usual Hot Toys 12″ scale, the Dark Troopers will come complete with a bunch of display options, as well as light-up features, and 25 points of articulation.

The Dark Trooper is set to launch in spring of 2022, and are priced in at $260 USD. While the figure is still a ways off though, you can lock up your edition right now with a pre-order via Sideshow Toys. That’s something you can do right here,

Jason's been knee deep in videogames since he was but a lad. Cutting his teeth on the pixely glory that was the Atari 2600, he's been hack'n'slashing and shoot'em'uping ever since. Mainly an FPS and action guy, Jason enjoys the occasional well crafted title from every genre.
@jason_tas
Previous New Heroes Reborn to tell all-new tale of a world without an Avengers team
Next Nintendo Download: Exploring Becomes Electric