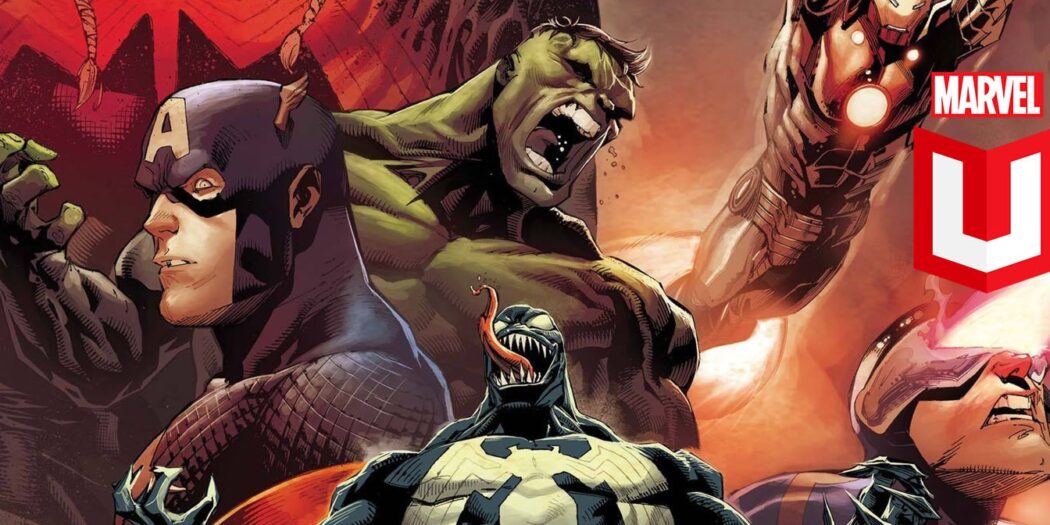 Get ready for King in Black with an assortment of Venom and Absolute Carnage books. Free titles have just been added to Marvel Unlimited.

King in Black is a massive event, and one that writer Donny Cates and Marvel Comics are pushing to be the next big thing from the company. That said, there’s a whole mess of stuff that’s come before that you should probably check out before you dive in. Cates plays a very long game after all.

And if there’s anything that you’ve missed, then you’re going to want to fire up Marvel Unlimited for a little digital reading. Oh, and I mean that whether you’re an MU subscriber or not.

The publisher has announced that a series of books under the Venom and Absolute Carnage banners have been made 100% free-to-read, no subscription required.

Now free on Marvel Unlimited, the first issues of VENOM begin a saga beneath the streets of New York, where an ancient and primordial evil has been awakened. With it, something equally evil has been awakened in that most wicked of web-slingers: Venom! The symbiote may still be a Lethal Protector of innocents in New York, but this never-before-seen threat could possibly force Venom to relinquish everything it holds dear including its human host.

In last year’s ABSOLUTE CARNAGE, Cates and Stegman put the Sinister Symbiote through hell again by resurrecting his ultimate foe: Cletus Kasady, AKA Carnage. And no one was safe. On a hunt for every Super Hero in the Marvel Universe who had ever worn a symbiote, Carnage and his cult set their eyes on some of our favorite Marvel heroes, including Spider-Man, Deadpool, and the Avengers!

The above books are free right now, and if you have want to dive in, then you probably should sooner than later. The first issue of King in Black hits stores on December 2nd.

Jason's been knee deep in videogames since he was but a lad. Cutting his teeth on the pixely glory that was the Atari 2600, he's been hack'n'slashing and shoot'em'uping ever since. Mainly an FPS and action guy, Jason enjoys the occasional well crafted title from every genre.
@jason_tas
Previous One:12 Collective Ghost Rider blazes into pre-orders
Next The Legend of Heroes: Trails of Cold Steel IV Complete (PS4) Review