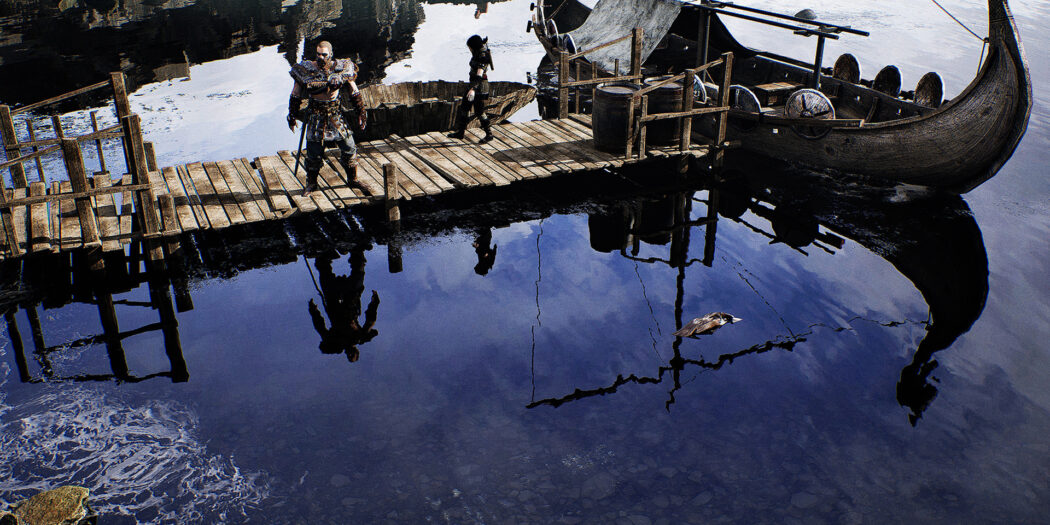 Head across the rainbow bridge with a visually arresting new look at Viking City Builder. The new trailer shows off the RTS’ ray tracing in action.

I have to admit I’m not all that versed into the technical ins and outs of ray tracing. But if the newest look at Viking City Builder is anything to go by, it’s pretty incredible.

The game, if you don’t know, is a great looking real-time strategy title that sets you in command of a Viking settlement. Given the genre, there are presumably some combat elements, though we haven’t seen those just yet.

What we have seen are some very nice visuals of the game’s city-building in action. But the looks that you might’ve seen so far aren’t much when contrasted against what ray tracing adds in.

Ray Tracing generates a much more accurate and realistic effect than traditional methods of lighting a scene in games production. It even takes the physical aspects of the world into consideration and can also simulate variety of optical effects like reflections and really helps to bring the virtual world to life and makes it more believable I think. The use of Ray Tracing unfortunately has a negative impact on performance but I have good news. The game will offer support for DLSS2. Thanks to this technique we get a huge performance jump of up to 40% with additional image quality improvement!

Yep, it’s darn good looking alright. There’s likely plenty more to. come on this one too, before launch, since there’s no date set up as of yet. Viking City Builder will be hitting the PC though, when it finally does set sail out of development.

Jason's been knee deep in videogames since he was but a lad. Cutting his teeth on the pixely glory that was the Atari 2600, he's been hack'n'slashing and shoot'em'uping ever since. Mainly an FPS and action guy, Jason enjoys the occasional well crafted title from every genre.
@jason_tas
Previous Get some Halloween VR deals with HTC’s Vive
Next Ace Combat 7 takes to the DLC skies for 25th anniversary