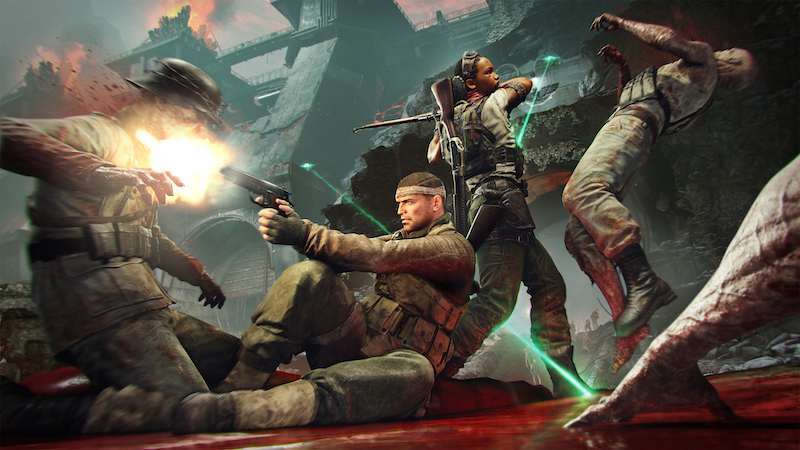 Tis the season for gunfights and frights, as Zombie Army 4 launches into its fourth season of undead-slaughtering mayhem. Check out the trailer.

You’ll see what that means when you check out the absolutely insane trailer for Zombie Army 4’s newest season of content. The game has been available since earlier this year, and now officially ushers in Season 2.

It’s a DLC pack that’s loaded up with a little something called Damnation Valley.

In Damnation Valley, you and your fellow survivors must battle through the frozen climes of the North towards a Hell Storm that’s been newly sighted above the Alps. The satanic portal is colossal, writhing with occult energy, making the facility lying beneath it all the more sinister…

Damnation Valley is the debut mission in the new Death From Above three-part campaign. The second and third missions will arrive in the coming months. Check out today’s brand new launch trailer for a tantalizing glimpse of what to expect…

Yeah, that’s a lot to take in. And I mean that especially in the case of the possibly undead land-shark. But sea creatures that are mysteriously living on land aside, there’s a ton of content arriving for Zombie Army 4 with this drop.

While that’s all paid DLC, there’s also some of the free stuff to grab. Fans looking to dive back into the game will find that a new map is ready for play, with a fresh Horde experience.

Season 2 is available for all platforms as of today.

Jason's been knee deep in videogames since he was but a lad. Cutting his teeth on the pixely glory that was the Atari 2600, he's been hack'n'slashing and shoot'em'uping ever since. Mainly an FPS and action guy, Jason enjoys the occasional well crafted title from every genre.
@jason_tas
Previous Hasbro’s Captain America shield replica heading back to stores
Next Fallout 76 goes free to play for this week only