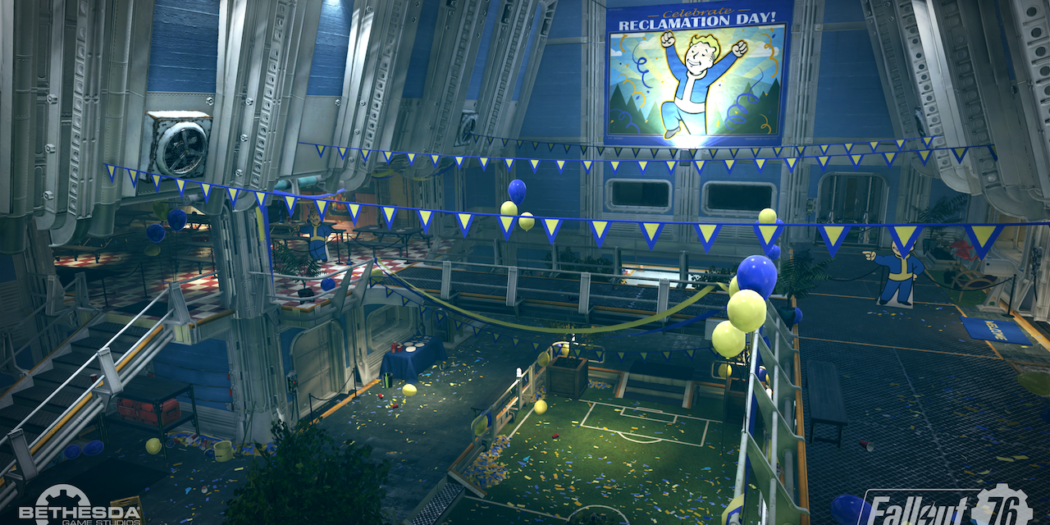 Bethesda is hoping to grab some new players with a free week for the resurgent Fallout 76. The game is free-to-play until the 26th.

Well Happy Bomb Drop Day everyone. A… holiday in the fictional Fallout universe, Bethesda is set to celebrate the day that Fallout’s world became a wasteland with a week of free play for everyone.

Yes, if you’ve been holding off on getting into 76, even though it’s almost a completely new game from when it launched, this is your week. Players can dig in on the all available Fallout 76 platforms, and we’re not just talking about the base game here.

Though you’ll get to play around in that as well, the free week also includes Wastelanders and Nuclear Winter expansions. So there’s quite a bit to experience with this. Oh, and not to worry if you put in some hours and the period expires before you’re done playing. All progress will carry over to your purchased copy, should you buy-in at the close of the promotion. Find out more about all of that here.

Aside from the free week, there’s also a set of in-game events to take advantage of. Those include:

There will be three in-game events running from October 22 – 26. Get Double S.C.O.R.E. and Double XP, as well as 25% off Legendary weapons and armor from the Purveyor at the Rusty Pick in the Ash Heap.

Then there’s also Fallout 1st. A new membership from publisher Bethesda, Fallout 1st will be free to try during the free-to-play week. With that, players will find that they’ll get a “Limited Preview “item” in the Atomic Shop, and they’ll have access to some of the features offered with the membership.”

Sound good? Ready to play? Well don’t dawdle. The free period kicks off today, and comes to a close on the 26th of October.

Jason's been knee deep in videogames since he was but a lad. Cutting his teeth on the pixely glory that was the Atari 2600, he's been hack'n'slashing and shoot'em'uping ever since. Mainly an FPS and action guy, Jason enjoys the occasional well crafted title from every genre.
@jason_tas
Previous Zombie Army 4 kicks off season 2
Next Doom Eternal’s The Ancient Gods is ready to rip ‘n’ tear