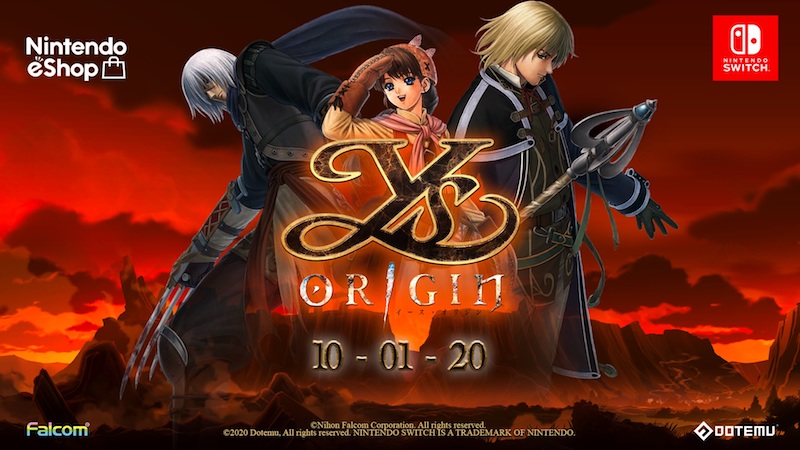 Ys Origins is back and ready for a whole new generation. The prequel to the JRPG series has been given a modernization, and is out now on Switch.

How do you say that name?

Switch fans can lead this grand quest to defend humanity from a relentless horde of demons in a prequel tale for one of gaming’s most storied and widely acclaimed JRPG series. Ys Origin joins arcade-paced combat with light platforming and treasure hunting throughout its spiraling, monster-packed labyrinth, keeping its moment-to-moment journey exciting and rewarding.
\

Jason's been knee deep in videogames since he was but a lad. Cutting his teeth on the pixely glory that was the Atari 2600, he's been hack'n'slashing and shoot'em'uping ever since. Mainly an FPS and action guy, Jason enjoys the occasional well crafted title from every genre.
@jason_tas
Previous The GT4 pack pulls onto consoles and PC for Assetto Corsa Competizione
Next Trailer: Next-gen Dirt 5 goes off-roading in China