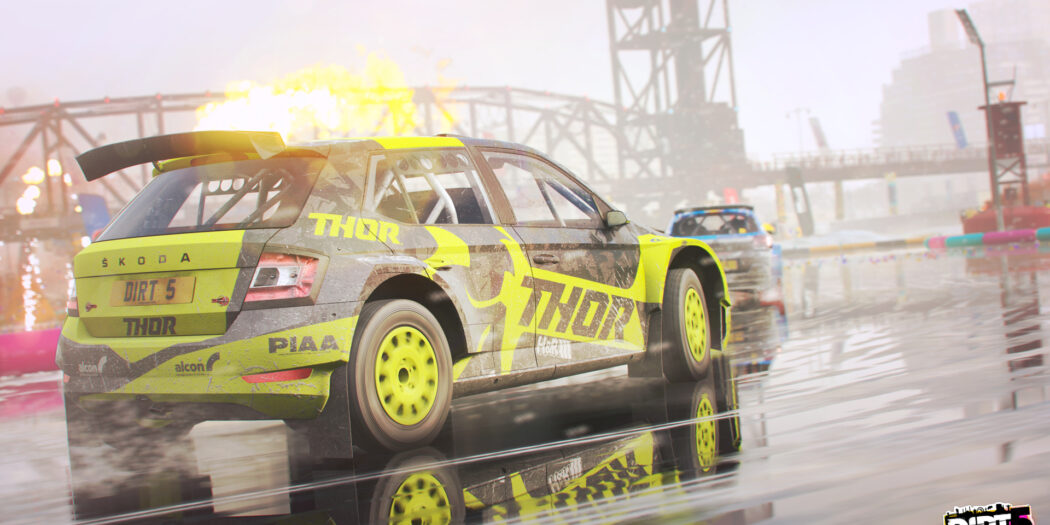 Take a look at a title over 3 minutes of footage from Codemasters’ Dirt 5. This time, the team showcases Cape Town’s stadium course.

Taking inspiration from arena-based action in previous DIRT games, this stadium complex is the perfect setting for some close-quarters racing with jumps, crossovers and a roaring crowd. Take the action through the stadium, the parking lot, and the outer area for a thrilling route, available in Career, Arcade and online play with up to 12 cars on track.

“Cape Town Stadium in South Africa is ideal for both our Playgrounds custom arena creator mode, and atmospheric, technical and flat-out fun races. Going from the perimeter through the parking lot and into the stadium is an exhilarating experience,” said Robert Karp, Development Director, DIRT 5.

Dirt 5 hits the Xbox One and PS4 on November 6th, and the Xbox Series X|S will feature the racer as a launch title on November 10th. A Stadia version will be along time time in 2021 as well, and the PS5 will get its own edition “later this year”.

Jason's been knee deep in videogames since he was but a lad. Cutting his teeth on the pixely glory that was the Atari 2600, he's been hack'n'slashing and shoot'em'uping ever since. Mainly an FPS and action guy, Jason enjoys the occasional well crafted title from every genre.
@jason_tas
Previous Fourth season of content coming to Tekken 7
Next Trailer: Season 6 of Call of Duty: Modern Warfare kicks off with a bang