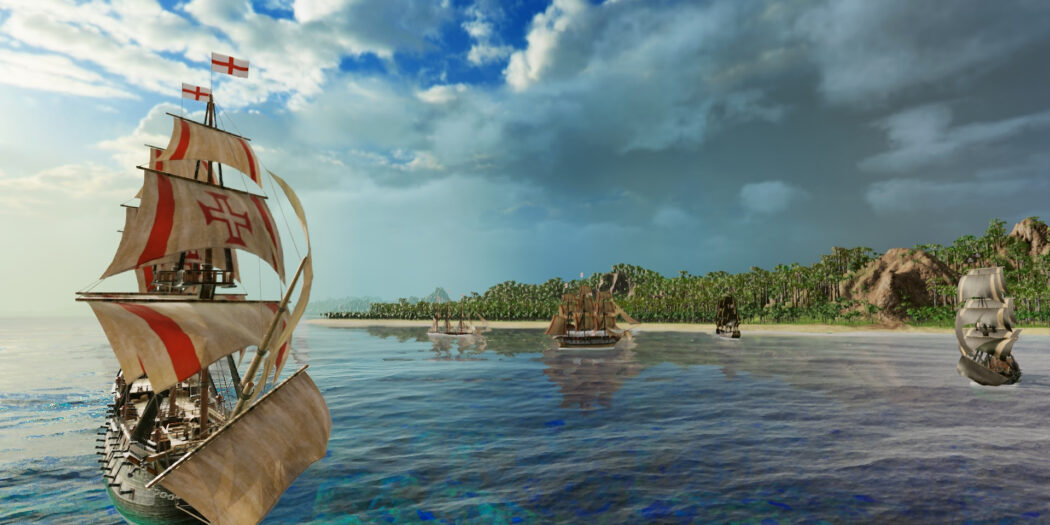 It’s the age of tall ships and high-adventure on the globe’s trade routes in Port Royale 4. Set sail and bring your best wares, it’s out now.

In Port Royale 4, set sail and join the colonial powers of Spain, England, France and the Netherlands in their fight for supremacy of the Caribbean in the 17th century. Take control of a colony as a young and ambitious governor and learn what it takes to manage and grow a small settlement into a bustling trader city.

Port Royale 4 is out now on the PC, PS4, and Xbox One. A Switch edition is coming up as well, in 2021. The game comes in two flavors, both a standard edition and the Extended version. The Extended packs a soundtrack, as well as “exclusive in-game content”.

Jason's been knee deep in videogames since he was but a lad. Cutting his teeth on the pixely glory that was the Atari 2600, he's been hack'n'slashing and shoot'em'uping ever since. Mainly an FPS and action guy, Jason enjoys the occasional well crafted title from every genre.
@jason_tas
Previous Trailer: Romance in the time of Baldur’s Gate 3
Next Ragnorium (PC) Early Access Review