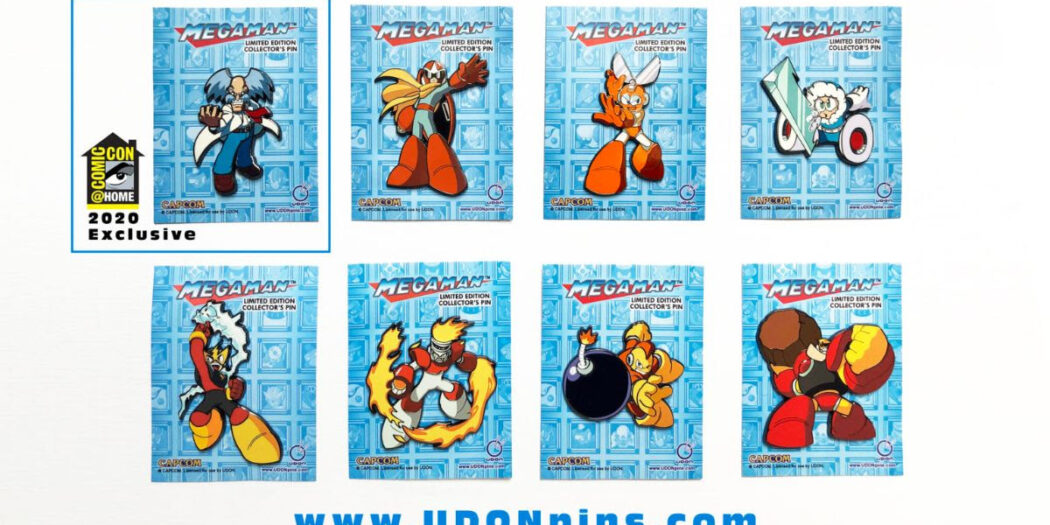 Udon gets ever deeper into the collector ‘pin’ market with a trio of new offerings, exclusive to SDCC’s at-home celebration this week.

Pinned to a con

If you somehow missed it, Udon doesn’t just make books any more. Far from it, the company actually has set up a whole website dedicated to its new foray into the world of collector pins.

Including some of Capcom’s biggest and most fan-favorite properties, the collection is one that’s growing by leaps and bounds. And that includes a trio of new sets, posted as Comic Con exclusives.

No, there’s no physical con this year, but you can till attend virtual panels, and indeed grab some exclusive merchandise to add to your collection. For Udon, that means Street Fighter, Mega Man, and Monster Hunter.

Joining UDON’s brand new Pin-Fighter series are six exclusive variant colors of fan favorite Street Fighter characters, including Chun Li, Cammy, Rose, Blanka, Dhalsim, and Akuma! The first Pin-Fighter series features all 36 characters from Street Fighter Alpha 3. The pins measure between 1.5″ tall to 3.5″ tall and are cloisonné hard enamel. Street Fighter fans can pick up the SDCC variants as single fighters or buy the sets! The SDCC color variants are only available during SDCC Week! Grab these and their Series 1 competitors at UDONPins.com!

Jason's been knee deep in videogames since he was but a lad. Cutting his teeth on the pixely glory that was the Atari 2600, he's been hack'n'slashing and shoot'em'uping ever since. Mainly an FPS and action guy, Jason enjoys the occasional well crafted title from every genre.
@jason_tas
Previous SDCC 20: Image Comics loads up with at-home panels
Next WWE 2K Battlegrounds screens enter the arena