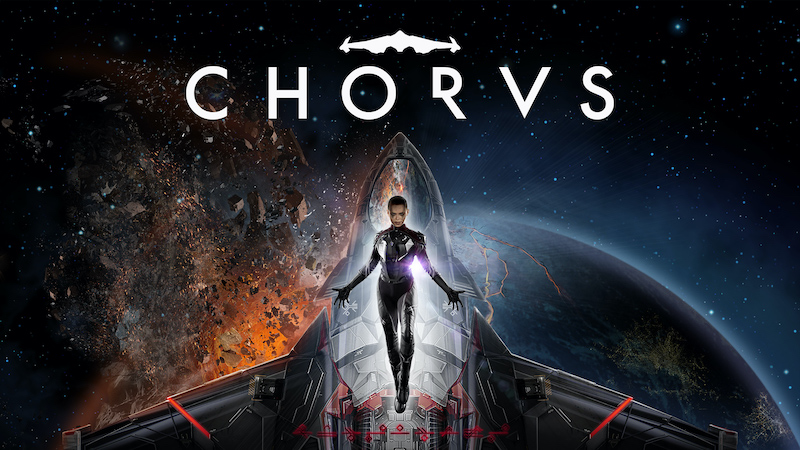 A lone pilot, a sentient fighter-craft, and lots of bad guys to blast. This is Chorus, a spectacular looking new space-shooter coming up this year.

Well, this is a surprise. We hadn’t heard anything about Chorus, Deep Silver FISHLABS’ new space-based shooter, but it’s looking kind of incredible here in its first trailer.

The game sets players into the roles of two heroes, both of which are pretty unique. The first is Nara, an “ex-cultist” who’s also an ace pilot. Obviously, she’s got some issues and a troubled past. And then there’s Forsaken.

What kind of name is that? Well, it’s the kind of name that might be given to a starship, which is exactly what Forsaken is. A sentient ship, Forsaken has a mysterious backstory of his own to be revealed in the game.

As for what kind of game Chorus actually is, it’s a single-player shooter that Deep Silver says is story driven. That’s a nice change for the genre. The publisher adds that the title will feature “devastating weapons and mind-bending abilities”, as players battle the Circle, a cult out to “ensure complete subjugation”.

“We’re delighted to announce this exciting new IP, said Tobias Severin, Studio Director at Deep Silver FISHLABS. “From the beginning our focus has been on delivering amazing moment to moment gameplay to evolve the spirit of classic space flight shooters. We are fully leveraging the power of next-gen hardware, allowing us to create richer, more detailed, ray traced environments, all at 4K and 60FPS.”

Chorus is heading for the Xbox One, PS4, and next generation consoles, as well as the Stadia and PC, but it won’t arrive till some time in 2021. So stay tuned for lots more on this one.

Jason's been knee deep in videogames since he was but a lad. Cutting his teeth on the pixely glory that was the Atari 2600, he's been hack'n'slashing and shoot'em'uping ever since. Mainly an FPS and action guy, Jason enjoys the occasional well crafted title from every genre.
@jason_tas
Previous Second Atari Lynx collection announced for Evercade
Next Yakuza: Like a Dragon announced for Xbox Series X launch