The latest season of The Clone Wars has introduced a troop of Clones for series favorite Ahsoka. And now you can add one to your collection.

Debuting on Disney+, Disney’s new paid subscription service, The Clone Wars is back for a seventh season. So after an abrupt ending and a long break, it looks like the show is finally getting a proper sendoff.

One of the biggest changes is the addition of a special troop of Clone Troopers for the fan favorite character Ahsoka Tano. The new Republic forces have special deco on their helmets, and some blue detailing on their armor.

Now you can add one to your collection too, with a special bust coming up from Gentle Giant. It’s got some nice features too, with multiple arms and weapons, so you can display it how you like.

The Ahsoka’s 332nd Clone Trooper mini-bust is based on the armor of the new season’s 332nd Battalion, who have sworn allegiance to Ahsoka Tano by painting her markings onto their helmets. This 1/6 scale, approximately 7-inch bust features that orange helmet pattern, with the blue body markings of the 501st Legion, and includes multiple interchangeable limbs, with a variety of blasters and pointing hands.

Limited to only 500 pieces, it will be open for preorders through April 10th.

The bust will run you $120 USD, and can be pre-ordered right here via Gentle Giant’s online shop.

Jason's been knee deep in videogames since he was but a lad. Cutting his teeth on the pixely glory that was the Atari 2600, he's been hack'n'slashing and shoot'em'uping ever since. Mainly an FPS and action guy, Jason enjoys the occasional well crafted title from every genre.
@jason_tas
Previous Final Fantasy VII Remake is out now on PS4
Next Is a Resident Evil 4 Remake on the way? 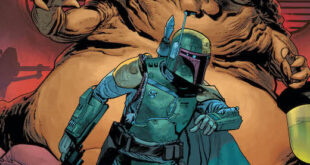 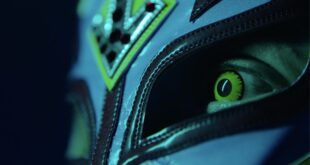