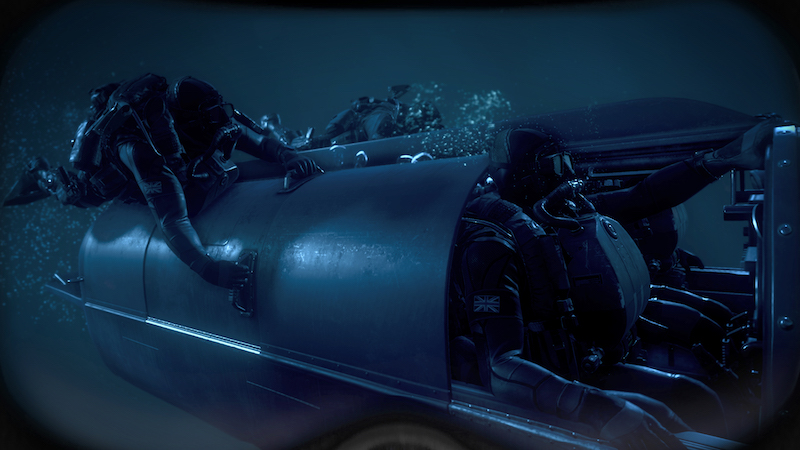 Not a sequel to the recent soft-reboot of the Modern Warfare series, this is the original Call of Duty classic sequel. But it’s just a bit better looking now.

“Modern Warfare 2 campaign was incredible. We all remember the lasting impression the story left upon us. This campaign was very special and we thank Infinity Ward for creating such an amazing experience,” said Thomas Wilson, co-studio head, Beenox. “Restoring and remastering this campaign for a new generation of players was a labor of love for our team. We wanted to make sure that the feelings and power of the story was accurately represented with full high-definition visuals and the latest audio fidelity.”

Well this is a surprise. Sort of (news leaked last night). Everything returns for this remaster of MW2, but it all looks a heck of a lot better this time around.

Already a great looking FPS, Modern Warfare 2 Campaign Remastered includes “up to 4K resolution and HDR support on console; and uncapped framerate as well as ultrawide monitor support on PC”. And as you can see, it’s looking awesome.

When you buy in, which is something that you can do today on PS4, you get a nice little freebie too. Activision is tossing in the “Underwater Demo Team Classic Ghost Bundle” for Call of Duty: Modern Warfare.

Out now on PS4, Modern Warfare 2 Campaign Remastered is ready for pre-order on PC and Xbox One.

Jason's been knee deep in videogames since he was but a lad. Cutting his teeth on the pixely glory that was the Atari 2600, he's been hack'n'slashing and shoot'em'uping ever since. Mainly an FPS and action guy, Jason enjoys the occasional well crafted title from every genre.
@jason_tas
Previous New Star Wars Black Series Carbonized and Vintage Collection figures announced
Next QuakeCon 2020 cancelled