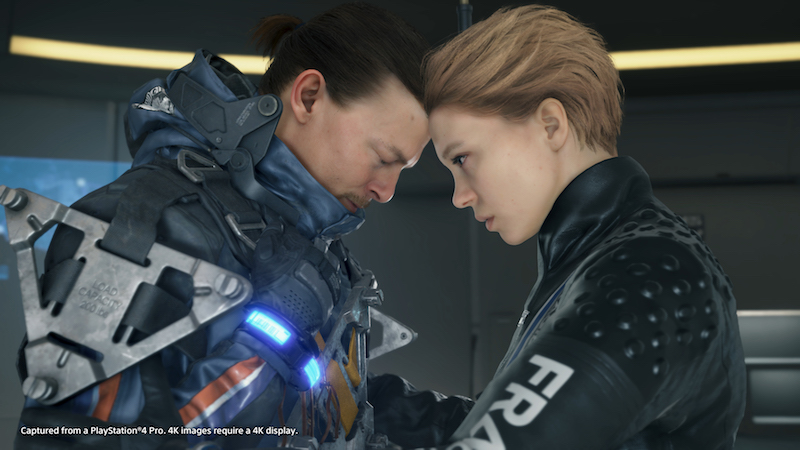 We kick off the 2019 edition of the BGA’s with our Individual Honors categories. Click through for our picks for best graphics, sound, and more.

A year of excellence (mostly)

It seems like every year is a “best” year in this industry. It’s easy to see why though, with so many games seeing release on the calendar, and from some stunningly talented folks.

The year 2019 was no different in that regard. Last year saw a bevy of titles hit retail that challenged all that came before in terms of looks, sound, and innovation.

We voted on a total of seven categories for this first installment of the 2019 BGA’s, including all of the above, and one that was actually kind of a bummer.

We’ll start off with that one, which is…

While last year offered some highlights, to be sure, it also offered some lows. Actually, there were a lot of lows, which we found out while putting this list together. They included everything from series’ stubbing their toes over things both major and minor, to one of the biggest flops in video game history.

The nominees for Biggest Letdown are…

And the “winner” is…

No full Pokedex in Pokemon Sword and Shield!

While you could certainly argue that this isn’t all that big of a “problem”, not including a fully loaded Pokedex in Pokemon Sword and Pokemon Shield certainly had some fans in an uproar this past Holiday. Okay, a lot of fans.

It’s not that there’s no Pokedex at all, but that all 800+ Pokemon do not get added into the game once the adventure is complete. We all have our favorite characters, and it’s easy to imagine begin upset if your favorite game series suddenly dropped your fave character out of its world.

No, it might not be as industry or series-impacting as some nominees on our list, but the lack of a complete Pokedex in Sword and Shield was nonetheless a pretty big disappointment.

Let’s cleanse the palette a bit after that, our most bitter tasting of categories. Last year held a few very nice surprises, including some very small games that made very big impacts.

The nominees for Biggest Surprise are…

This one came out of left field, and in a very good way. Massively multiplayer Tetris? Yeah, that’s… actually that’s an idea that sounds insane when you first hear it. But oh was it definitely not that, as Tetris 99 captured fans attention immediately with its familiarly addictive gameplay and survival theme.

It seems like a commonality to say that games don’t innovate anymore, but it’s not a true statement. While publishers and developers do indeed like to go back to the same old wells, offering proven things that “work” to gamers, risk taking creators are very much still out there. Sometimes you just have to know where to look.

The nominees for Most Innovative are…

Yes, Ring Fit Adventure is motion gaming. Some of us are not what you’d call ‘fans’ of motion gaming. But plenty of us here at BG are just fine with the kind of motion play that RFA offered. While it was centered on playing around with a motion controller and getting active in the real world, Nintendo’s latest stab at getting people healthier actually offered a decent gaming opportunity to go along with it. The combination of the two made for a wholly unique experience. And you have to admit too, that’s a pretty darn ‘innovative’ peripheral.

Does a great story matter if your game has great graphics and sound? Of course it does. Gamers today want a solid narrative driving their gameplay almost as much as that gameplay itself. And while some games can go around having a story, the ones that make it a focus can really capture the minds of fans, and keep them coming back to their virtual world over and over again.

The nominees for Best Story are…

The most iconic of Star Wars eras played host to EA’s Star Wars Jedi: Fallen Order, itself one of the nicest surprises of 2019. Developer Respawn took Star Wars back to a time that pretty much all fans love, the space between the prequels and original films. There they told a story about young Jedi-to-be Cal, who fought not just for his survival, but for the very Jedi Order that had collapsed at the end of the Clone Wars. It was a relatively dark tale for modern Star Wars, and one with some incredible surprises along the way. If you count yourself among the legions of Star Wars fans, then this is one game that you should probably check out.

Best Music or Voice Over work

Much like a good story, a great soundtrack and top flight vocal talent can make a game just that much more engrossing. When a score highlights the action on the screen, pulling you into the adventure, or the actors playing the heroes actually take the emotion of a scene home, it can bump a game up to new heights.

The nominees for Best Music or Voice Over Work are…

There might be one thing about Sony’s PS4 exclusive Death Stranding that’s not strange, and it’s the cast. Huge Hollywood talent met game-industry greats in lending their voices to creator Video Kojima’s latest. With a cast that included the likes of Norman Reedus, Mads Mikkelson, Lindsay Wagner, Troy Baker and others, it was a game that sounded as great as it looked. Add to that a stellar soundtrack with music from names like CHVRCHES and David Bowie, and you have a double winner.

Our final category for the day is probably still the most important one for most gamers. No, graphics aren’t the end-all that they used to be, thanks to the constant evolution of the industry, but it’s still an element that’s hugely important. After all, who wants to play a game that looks terrible?

The nominees for Best Graphics are…

The second win of the year for Sony’s Death Stranding comes for graphics, and there’s little doubt as to why. The game might be dreary and apocalyptic, but it’s also quite beautiful. The natural world plays a huge part in Death Stranding’s narrative and the game’s landscapes are stunning, as are its characters. Death Stranding perfectly captures the various actors who lent their vocals to the game. Combine that with incredible animation across the boards and you have our pick for 2019’s Best Graphics.

And with that, we wrap up part one of the 2019 BGAs. We hope you’re enjoying our presentation, and we hope you agree with at least some of what we’ve chosen as our games of the year. But if you don’t, sound off in the comments below and let us know what you would have gone with!

Part 2 will run on Wednesday, before Friday’s overall Games of the Year closes us out. Till then, be on the lookout for special posts from our staff writers, making their personal picks known.

Jason's been knee deep in videogames since he was but a lad. Cutting his teeth on the pixely glory that was the Atari 2600, he's been hack'n'slashing and shoot'em'uping ever since. Mainly an FPS and action guy, Jason enjoys the occasional well crafted title from every genre.
@jason_tas
Previous Toy Fair 20: Storm Collectibles highlights – Sega, MK and more
Next Toy Fair 20: Super7 highlights – TMNT, Thundercats and more