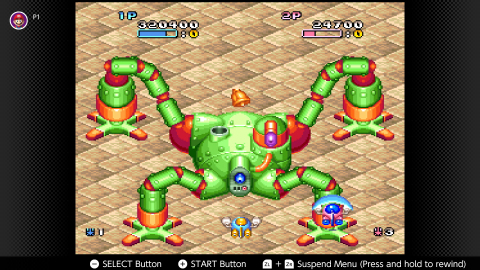 A quartet of new games are making their way to the Nintendo Switch’s subscriber-exclusive NES and SNES this month.

The Switch’s online service isn’t too bad honestly. For one thing, it’s cheap. But past that, it’s a decent service (voice-support notwithstanding) and it offers some free classic games to play.

These aren’t exactly the same caliber of stuff that you can find for “free” on the Xbox and PlayStation, but they come with the sub, and really who’s gonna argue? Some of them are legit classics too, like SMB3 and Zelda II.

This month’s selection… well it’s not what I’d call jam-packed with icons. In fact, all four of the games hitting the service are pretty niche.

Yeah, not the biggest of names. One kind of cool thing though, is that the two SNES games have never seen a western release. During their original launches, both were limited to the Japanese market. So it’s neat that they’re finally getting out there to the rest of the globe.

If you’d like to play ’em, or the two NES games, then February 19th is the magical day. All four will arrive and be playable for subscribers then.

Jason's been knee deep in videogames since he was but a lad. Cutting his teeth on the pixely glory that was the Atari 2600, he's been hack'n'slashing and shoot'em'uping ever since. Mainly an FPS and action guy, Jason enjoys the occasional well crafted title from every genre.
@jason_tas
Previous Hellboy board game spawns first full-sized statue
Next DC announces major Free Comic Book Day titles