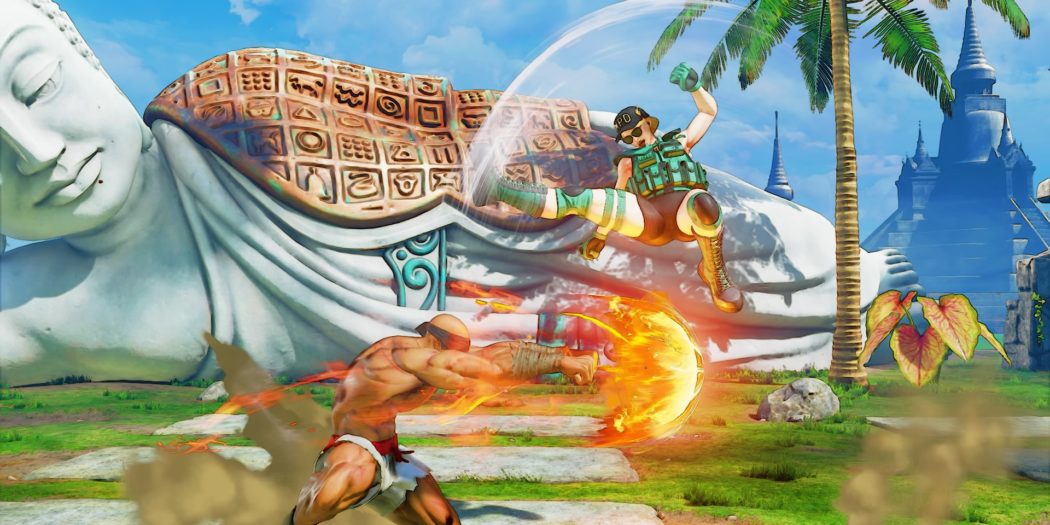 Capcom’s latest revision of the long-available Street Fighter V is here. The Champion Edition adds in Seth, for a whopping slate of 40 fighters.

Is the Champion Edition the last revision for Street Fighter V? It’s tough to say, since the Arcade Edition was rumored to be the last one, and here we are with another. It’s tough though, to imagine another SFV after this one, since the CE seems to cap things off nicely.

The biggest addition is probably Seth, the boss of SFIV. But though this is the same character that you battled in that game, he doesn’t quite look the same. In fact, he’s switched bodies (and genders).

The boss character from Street Fighter™ IV, Seth’s biological brain has been paired with Doll Unit Zero as the intelligence continues to seek new data and install moves from the fiercest fighters in the world. New players can experience Seth now as part of Street Fighter V: Champion Edition and current players can acquire Seth separately for MSRP $5.99 or 100,000 Fight Money (in-game currency).

The new version of the game includes everything that’s been released from the original SFV launch, right through the Arcade Edition and up to the present. That’s a ton of stuff, including:

So if you’ve been waiting, and you’re otherwise a fan of the property, then you might want to consider finally taking a look at Street Fighter V. The Champion Edition looks to be as complete of a package as you’re likely to find.

It’s available now (as is the upgrade kit if you have any previous version of the game) for the PS4 and PC via Steam.

Jason's been knee deep in videogames since he was but a lad. Cutting his teeth on the pixely glory that was the Atari 2600, he's been hack'n'slashing and shoot'em'uping ever since. Mainly an FPS and action guy, Jason enjoys the occasional well crafted title from every genre.
@jason_tas
Previous Mezco announces One:12 Collective Two-Face
Next Horror meets the wild west in West of Dead