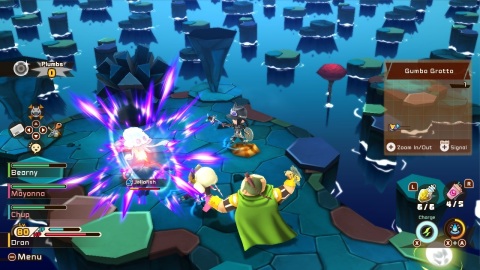 Nintendo Download: Serve Up Knuckle Sandwiches in an RPG Feast

It’s time to brawl in the oddly named Snack World on the Switch. Even stranger, it’s somehow the week’s headline game over Darksiders: Genesis.

It’s not that Snack World doesn’t look good, well maybe it is, but I digress. Seriously though, how is it that this is the headline Switch game in a week that also has Darksiders: Genesis? And yes, I know that Genesis didn’t exactly light up the world when it debuted on PC and Stadia in December, but still.

Genesis is part of a fairly large series and it actually looks pretty slick. Heck, we even gave it our Game of the Month nod on PC. So to see it lose out to a title that does seemingly very similar things, but doesn’t look half as good, is… weird.

Jason's been knee deep in videogames since he was but a lad. Cutting his teeth on the pixely glory that was the Atari 2600, he's been hack'n'slashing and shoot'em'uping ever since. Mainly an FPS and action guy, Jason enjoys the occasional well crafted title from every genre.
@jason_tas
Previous Episode 65: GOTY Discussions (And a Bitter Betrayal)
Next Thor #4 features all-out brawl between Thor and Sif