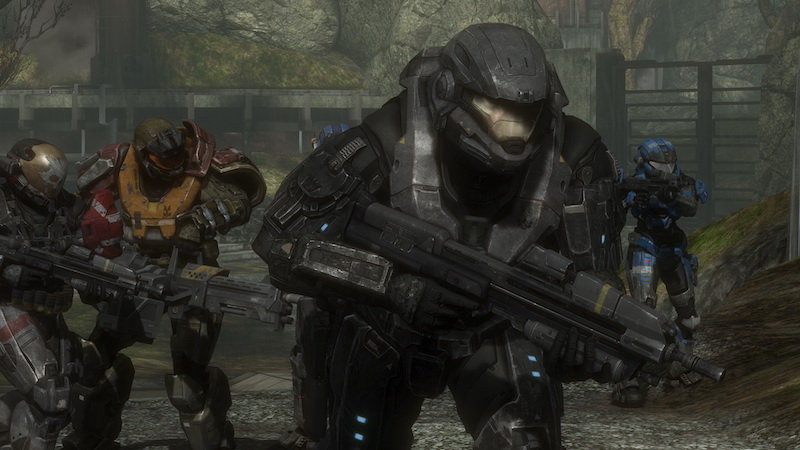 The 2010’s were packed with great gaming experiences. Now we’re looking back at our favorite titles as the decade comes to a close.

It’s easy these days to say that ‘fill in the blank’-year was a great year for gaming. After all, pretty much every 12 months sees a glut of triple-A blockbusters and risky indie hits. It’s just plain going to happen with all the creativity and talent out there in the modern games market.

The 2010’s were no different, though many of my personal favorite ‘modern classics’ were born out of the last ten years. It’s a period that’s actually pretty tough for me to distill down to a mere ten games, and one that saw one of my favorite games ever make its debut.

So instead of trying to pick favorites from the overall decade, I’ve opted to instead choose my faves from each individual year. And, of course, they starts with…

Reach is a pretty interesting game, as goes the Halo series. For starters, it’s got more in common with ODST than a numbered Halo title, thanks to it being more or less a side-story. Oh, but what a side-story it was.

Bungie’s (yes, it was still Bungie) Reach told the story of the human military planet of the same name. In a devastating loss, humanity saw the planet discovered and annihilated by the alien Covenant. But even though we knew the ending, Reach still delivered. The game gave fans a look at Spartan troops other than the big green machine himself, and told a story that filled in more than a few gaps in the narrative.

It also played fantastically, looked awesome on the Xbox 360, and had what I still consider one of the coolest (and darkest) endings of all time.

Arkham City is far and away one of my favorite games of all time. While I might like the themes of its predecessor (Arkham Asylum) a little more at times, Arkham City upped the ante in just about every way as to what you could expect from a Batman game. Actually, from a superhero game too… for a while anyway.

A huge city to play in, with plenty of rooftop-to-rooftop play, phenomenal graphics and control, and an awesome voice cast rounded things out. Add to that a story that was excellent too, and you’ve got a winner. As a non-fan of Arkham Knight too, this made for a nice capper to the series that offered all the closure you could need.

Classic, classic, classic… Diablo III offered exactly what I wanted from it – classic Blizzard gameplay. And it did it with style too. More or less playing the same as Diablo II, D3 looked light years better, with fantastically dark and gothic visuals that set the stage for my barbarian to crack some heads (if only he looked more like Conan).

Add to the already great game an excellent expansion in Reaper of Souls, and you have a winning formula that will keep most gamers playing for a long, long time. I’m officially giving the nod to the PC version here, since it came first, but I had a blast with the console version as well, and you can’t beat the Switch edition for the portability factor.

As an unabashed Bioshock super-fan, playing Infinite was never in question. What I wasn’t sure of though, was moving the setting to what amounted to a whole new universe. But as much as I was in love with Rapture, the flying city of Columbia was almost as great. Yes, almost. I can’t say I liked Infinite’s world more than the series’ original creepy playground, but it offered its own brand of entertainment.

Infinite is bigger, wilder, and probably more action-filled than the other Bioshock titles. It also looks flat-out incredible, and offers up a terrific narrative and plays directly into the originals. On that track too, and if you do like Rapture as much as I do, you might want to check out the expansion packs for Infinite. Something tells me they might be right up your alley.

The best Lord of the Rings game of all time? Could be that Shadow of Mordor is exactly that. Playing out as a side-story and taking place just before Fellowship of the Ring, Shadow of Mordor casts gamers as a ranger of Gondor, trapped between life and death, bonded to an ancient wraith, and out for revenge within the cursed lands of Mordor.

Ranger Talion has access to stealth, straight swordplay, bows, and an assortment of wraith-based abilities that allow him to kill or control enemies. It’s as awesome as it sounds, and was massively appealing to me, as a huge LotR fan. I couldn’t get into the sequel for some reason, but this original tittle is a homer as far as I’m concerned.

Another Halo GotY for me appears in Halo 5. And I think I might be in something of a minority with that pick. Quite honestly though, I enjoyed Halo 5 throughout. The game brought the Chief back to action, alongside a new Spartan in Locke, who started the game actually hunting Chief down.

The story does get a little convoluted at times, but it also extended the Halo universe into the period past the human/Covenant war, and even got into some politics of the Sangheili (Elites). Add to that the fantastic looks of Halo 5, the staple great gameplay, and the multiplayer (for those who are into that), and you have a terrific FPS in a tried and true series.

Also, it kind of didn’t hurt that there just wasn’t a ton of stuff hitting in 2015 that I was into.

From the very first moments of 2016’s Doom, I knew I was in for something special. The game starts by throwing you against a bunch of zombies with nothing but a blaster and your bare hands, and doesn’t let up from there. Throughout, you’ll battle with both re-imagined versions of Doom’s classic arsenal and melee attacks. And believe it or not, you just might start to prefer the latter. Rip’n’tear indeed.

The gameplay is sublime in this hard reboot of the Doom mythos, and so are the graphics and… everything else. Heck, iD even managed to slip in a really cool story and a level-maker! Doom (2016) was a dream for a long time fan who wanted nothing more than to see the series return to prominence. This newest remake did that and more.

A bit of a confession – I’m a pretty big fan of anything ancient Egypt. I kind of can’t get enough of it, and I was very much into the looks of Origins, a game that promised to reveal the beginnings of the order of Assassins. What I was not into though, was the thought of another game in a series that I abandoned long before 2017.

Well, I’m thrilled that I was wrong as can be. I dove into Origins on a recommendation from our own Xbox editor Rick, and never looked back. The game is gorgeous in just about every way, offers one of the best open-world experiences I’ve ever played through, and plays better than any AC game has. Though I played through most of this in 2018, it’s an easy pick as my favorite game released in the previous year.

I’ve had to reshuffle my ‘favorite Spider-Man games of all time’ list a little. I say “a little” since everything else basically had to move one notch down to make room for Marvel’s Spider-Man on PS4. If you’re a Spider-Man fan, or just someone who remembers the halcyon days of comics in the 80s and 90s, this is a game that you should be looking to play.

Absolutely everything about Marvel’s Spider-Man is excellent – from the audio/video presentation, to the voice acting, and the absolutely sublime gameplay. Web-slinging is somehow both complex and simple in Marvel’s Spider-Man, and fans of just about every era of the web-head should feel right at home in this PS4-exclusive title that tells one of the best Spidey tales in recent history. And yes, I include movies and comics in that statement.

Are you a fan of Star Wars who’s been perplexed by the dearth of ‘good’ Star Wars games as of late? I mean, yeah the Battlefronts kind of grew on me a bit, but it seemed like EA was unable to produce an epic Star Wars game that harkened back to the likes of Dark Forces, Jedi Outcast, and others. Well, now there is one.

Jedi: Fallen Order is all kinds of excellent. Set in the early days of the Empire, the game offers tons of callbacks to the prequel trilogy, while being anchored in the most celebrated Star Wars era of all time. And it does so while including a cool new set of heroes, a great graphical engine, and some of the very best lightsaber controls ever. No really – ever.

Don’t be afraid of the difficulty either, you can always set the game to its easy mode for your first play-through and you’ll be fine. If you’re a big Star Wars fan, this is one that really shouldn’t be missed, and will be my personal pick for Game of the Year for last year.

Jason's been knee deep in videogames since he was but a lad. Cutting his teeth on the pixely glory that was the Atari 2600, he's been hack'n'slashing and shoot'em'uping ever since. Mainly an FPS and action guy, Jason enjoys the occasional well crafted title from every genre.
@jason_tas
Previous McFarlane’s DC Multiverse toys up for pre-order
Next Michael’s Top 10 Video Games of the Decade