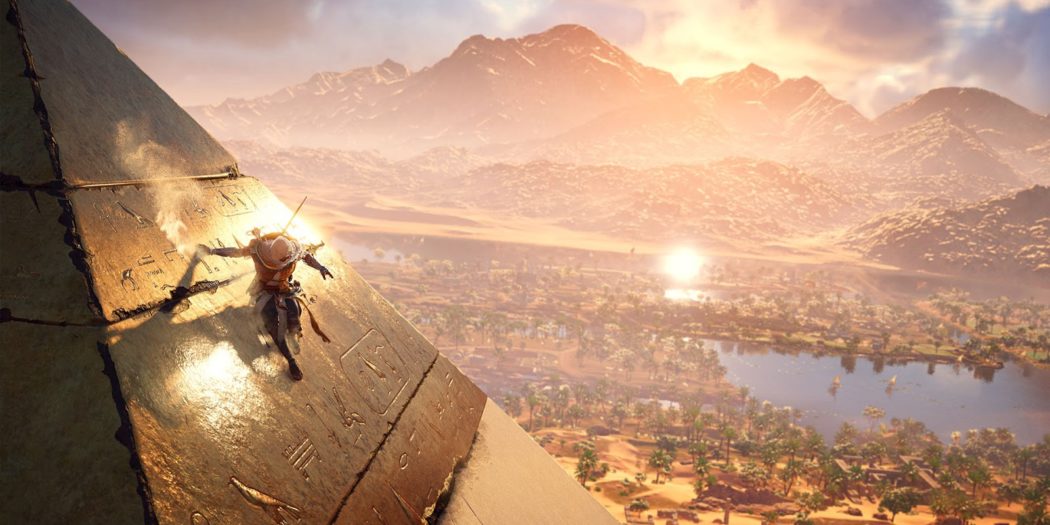 Now, this is one that can go either way for me. Open world games can be incredible. But more often than not its just a way for a developer to distract you from the lack of actual game.

Too many times have I jumped into a games world and it’s been just like all the others. I should probably note that this is primarily for action games that go open world, rather than RPGs.

I’m not really too sure where to start with this brutality. I guess I’ll take it from something all open world games have that I hate the most.

Every. Single. Time. Why? Whether it be in a vehicle or on foot, why does seemingly every open world game have races in them? And most of the time racing is included just because, as a gimmick. Very rarely will it fit in the context of the game. Though occasionally it does surprise, like in GTA 4 and Sleeping Dogs.

Theres an actual reason to race in these games. In Sleeping Dogs it even fits with the whole “undercover cop” thing that’s the centerpiece of the story. It’s a whole separate case with its very own story arc. Man… Sleeping Dogs is a good game.

But I digress. Because for every Sleeping Dogs, there are volumes of other titles that just kind of shoehorn it in there.

Every Far Cry, Prototype, Just Cause, Red Faction, and Batman Arkham Knight have the seemingly necessary race included. With the story and events within all of these games, it seems odd to say the least.

The last thing I would think I’d be doing to topple dictators and stop world destroying villains is to see how fast I can drive around the block. I mean, you’re BATMAN in Arkham Knight for goodness sake. Why are you racing? Gotham’s cadre of villains needs to be stopped for the thousandth time.

Yes, I know that in Batman there are tasks set by The Riddler, so it sort of fits. But come on. He’s called The Riddler, not The Racer. “Drive around here in this time” isn’t a riddle. It all feels more like a lazy attempt to make this extra nothingness fit in with the game.

These are action, fighting, adventure, story based games. Races have no place here. Unless like previously mentioned you make them fit within the context. Saving your friends from human trafficking pirates is not the correct setting.

Unless driving away from said pirates really quickly.

Again, when done right, open world games can be great. I’ve enjoyed many of them. But a lot of them have the same things in common. Another being boring, irrelevant, repetitive side missions.

I definitely like my open worlds in the style of an RPG. At least that way you get some variety. There are characters (I’m thinking about you Conrad Verner) who have their own story, making you actually interested in completing their quest. These quests also fit in to the style of the world, so you’re not pulled away from the real game at all.

In your standard open world action game though, all you get from a side mission is an icon on the map and you knowing exactly what you’ll be doing 50 times over. It’s usually the magic number three as well. You’ll get three different types of side missions to complete in whatever world you’re playing in. And they’re all there just because. None of them have any substance, they are quite literally just there.

Doing these side missions are fine a couple of times, but for me there are always far too many of them. More than actual story missions.

One more thing I’ll include in this section, even though not really side missions, are “collectibles”. We’ll put them in under the same topic as they’re all game time fillers.

I can remember a time when a game might have had around 30 collectible items. These were little, mostly meaningless items scattered around the play map. Most of the time they didn’t really do anything either. They might unlock some artwork, a special outfit or simply just an achievement.

Collectables in some games now can range anywhere from 50-700 (yes, I counted). A lot of the open world games I’ve played have had over 200 collectables. Just Cause 2 has over 2000, which is absurdly high. But you can hardly blame them as they had to fill the game with something as there was so little actual game in there.

My main issue with this is that there’s really no point in them being there. It’s simply so more hours can be logged into the game so developers/publishers/Illuminati can sit there, point at how many hours are being spent on the game and say “Look at how much people are playing our game, it’s so successful. Everyone loves it”. When in reality we’re sitting here with the game, bored out of our skull while wandering around collecting these stupid things.

It took me 44 hours to 100% Far Cry 4. About 9 hours of that was the story, including travel time. That’s 35 hours of repeating the same three side missions and wasting my life getting collectables. What makes it worse is that they’re not secrets of any kind, like we’ve seen in the past. Again, they are literally just there. Now, it might just be me but that is not any fun at all.

So many developers and fans brag about how big this or that map is in one game or another. Yes, I will admit, it’s very impressive. A map that size that takes real world hours to traverse. It must have taken very long to create. I can appreciate the work that went into it. Unless it’s Just Cause or Assassins Creed Origins where it has absolutely nothing in there. It’s merely empty land to get yourself lost in… Sorry, my mistake- Just Cause has trees.

But let’s take that “real world hours” I said up there, and have a deeper look at it. REAL. HOURS. Yes fast travel is an option, but the trouble with that is this huge world has been created and I’m not seeing it. Going from point A to point B is too time consuming so I just fast travel everywhere (hi A.C Origins) and only see the mission areas.

In the case of A.C Origins too, I finished the game and have about 5 large sections of the map still blacked out. This isn’t only because it’s a terrible game and I was so bored I had to power through just to get it over with either.

It’s also because it took so damn long to travel by horse that I just didn’t want to physically go to my waypoint. As a result I fast travelled everywhere and didn’t see any of this hideously oversized map apart from exactly what I needed to.

Being Dragged Away from the Main Story

So you’ve finished the tutorial. The setting and story of the game has been set in motion. You’ve met your villain. You’re familiar with the characters and their motives. You may even have a favourite. And now, get ready, to forget absolutely all of that because all of the above has taken up so much of your time and dragged you so far away from the actual game that you don’t even remember the main character’s name.

This is definitely my biggest bone to pick with open world games. I enjoy all games to a degree, but games I love, I love because of the story they told. More than that it’s also the characters in that story, and the world that story resides in.

Don’t get me wrong, I do think games can still be fun with a mediocre (or even no) story. But the greatest games have that captivating narrative that pulls you in and keeps you playing.

But with open world games, the aim might as well be to pull you so far from the story you forget why you’re even there.

I finished playing through Watch Dogs a few weeks back. Really enjoyed it. Great game. What happened in it? No idea. I know the beginning and the end. The 20 hours inbetween? Nope. I remember finding QR codes and shooting at convoys. That’s my memory of the game.

Gears of War, The Last of Us, The Walking Dead (TellTale), Kane and Lynch, Alan Wake, I can tell you the story of all of these and more from start to finish. Why? Because they had linear gameplay that focused on telling a story and not taking up as many hours as possible doing terribly tedious tasks.

All of this combined creates an extremely boring, long winded experience for me. And to be perfectly honest it is not one I enjoy at all. Too many times I’ve started out really enjoying a game then grown to resent it because of everything crowbarred in just to fill time.

I guess that’s really the biggest thing that annoys me about the genre, and encapsulates all of what I talked about above. Open world games just flat-out try to cram too much in. And in the end, it feels artificial and is too time consuming.

For me, I’ll take a nice short, story-driven, linear game any day of the week. That’s something that I actually might enjoy and remember.

Massive game and movie enthusiast. In any free time I'm always playing something or watching something. I didn't choose the hermit life.
Previous Be Ready for Smash FFA
Next Marvel Team-Up to return this April