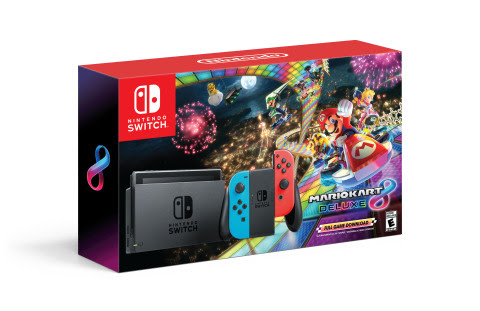 Switch is the fastest selling console this generation in the US

According to Nintendo, the Switch is tops in the console race this generation. It’s bested both the PS4 and Xbox One over the first 21 months of life in the US.

This is interesting. Coming off of one of their worst generations in history, Nintendo is ripping it up and surging. According to the company, the Switch has now sold better than either the PS4 or the Xbox One over the first 21 months of sale.

That’s no small feat in any way, since both of those consoles sold well. Heck, the PS4 was a considered a juggernaut right off the bat. And yet the Switch has done better. Well, at least in the US it has.

Nintendo cites NPD data, showing that the console moved 8.7 million units in the United States. That was better than either of the other guys. The publisher also points out that Super Smash Bros Ultimate cleared 3 million units sold in just 11 days, which is a best for that series.

In that same vein, Nintendo touts even more NPD digits. Apparently, they’re the biggest software seller in 2018 too. Digital sales alone have grown some 105% for them since just 2017.

All of this equals up to an incredibly impressive generation for the iconic company. And as a fan, it’s good to see them back in action. I can’t help but wonder what the numbers look like for Japan and the European theaters, as I imagine they’re pretty solid too.

Still, if we’re just looking at the US, you have to be impressed by what this little console is doing.

“We are thrilled to see such a strong reaction from consumers in the second holiday season for Nintendo Switch,” said Doug Bowser, Nintendo of America’s Senior Vice President of Sales and Marketing. “We’re looking forward to delivering more excitement and smiles to our fans in the coming year and beyond.”

Jason's been knee deep in videogames since he was but a lad. Cutting his teeth on the pixely glory that was the Atari 2600, he's been hack'n'slashing and shoot'em'uping ever since. Mainly an FPS and action guy, Jason enjoys the occasional well crafted title from every genre.
@jason_tas
Previous IDW’s newest Transformers title to explore Cybertron before the war
Next Operation Absoute Zero out now for all consoles in Black Ops 4