A pair of fresh Nintendo bundle packs are set to hit retail just in time for the biggest deal-hunting shopping day of the year, Black Friday.

Pick your console (and game) 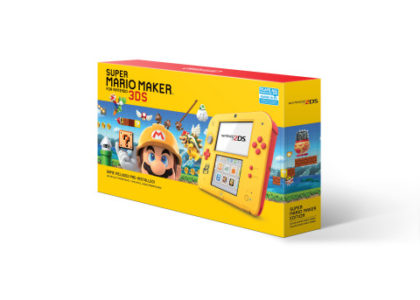 Nintendo’s main console these days is undoubtably the Switch. But although their dedicated handheld has been relegated to its last days, that doesn’t mean that the Big N has forgotten all about it. The company actually will have a brand new 2DS bundle out there for this coming Black Friday. Of course though, it’ll be joined by another Switch deal too.

Let’s talk 3DS too though, because this is actually a pretty great little pack. You get a console in there, which is the main draw of course. But the whole box set is themed for Super Mario Maker. The 2DS itself is yellow and red, and you get a download of that build-your-own-levels Mario title too.

Yes, that game might be a few years old, but really it’s not the kind of thing that’s going to lose its draw. I mean, you make your own Super Mario levels. There’s nothing to dislike about that, and if you haven’t fooled around with it, you should have a look at this deal. It’ll cost you just $79.99 USD.

As for the Switch bundle, that’s a little less interesting, but still worth a look if you’re thinking about getting one. There’s no special color scheme or cool throw-in stuff like with the Diablo III pack, but you do get a digital copy of Mario Kart 8 Deluxe. That’s nothing to sneeze at and is still one of the best games on the console. That box will cost you $299.99 USD. 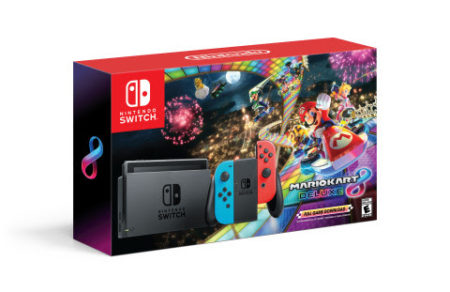 Look for all of the above to hit shelves right around Black Friday.

Jason's been knee deep in videogames since he was but a lad. Cutting his teeth on the pixely glory that was the Atari 2600, he's been hack'n'slashing and shoot'em'uping ever since. Mainly an FPS and action guy, Jason enjoys the occasional well crafted title from every genre.
@jason_tas
Previous Mega Man 11 (Xbox One) Review
Next Entertainment Earth announces giveaways and doorbuster for Holiday