D-Link goes whole-home with their Covr-1203 wireless router system. If you’ve been looking for a mesh solution it could be the ticket for you.

Wireless can be spotty

If you have any kind of experience with wifi, then you already know all too well that it isn’t foolproof. I remember when the wireless age began, it was something of a revelation. So much so that I didn’t mind the dead zones and the connectivity issues that were the norm.

Now years (decades?) later, I have a wireless router connected in my home, one that services most of the place. For the basement and third floor though, I have two range extenders set up. They work well most of the time, and s0-s0 a small portion of it. Not that there aren’t moments where the signal seems to dip out completely in specific rooms, because it does. But it’s not horrible, is my point.

One of the most annoying things about it however, is that each extender is basically a different network. So if you move with your iPad from the living room to the bedroom, you’re going to have to disconnect from the original network and connect to the second one.

No, it’s not the end of the world, but a solution would be nice. Enter the newest whole-home solution from D-Link, the Covr-1203. 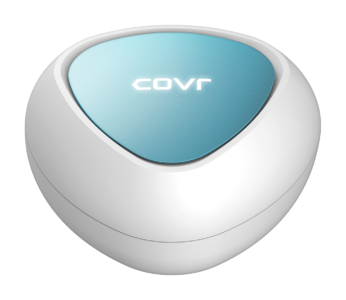 The Covr-1203 is exactly what the name implies, wifi that serves to “cover” your home with signal. It’s like a net that gets tossed across your house, covering the whole thing with a constant signal. The best part is that it directly addresses that issue that I mentioned above.

There’s only one network here, even though there are three access points. So there’s no disconnecting/connecting involved. Just set up whatever your device is and start using it wherever you like. And that goes for whether you’re talking about an iDevice, a video game console (like the Switch), or a computer.

So what works well?

Before we get into anything else, the Covr has an amazingly small footprint. It takes up almost no room at all, and also has a set of interchangeable faceplates to (maybe) match your decor. The small size of it though, was really appreciated since I could set it up in places that my other router and access points couldn’t be. Good stuff.

Also pretty good is that setup wasn’t an issue with the Covr-1203. It was easy and simple to do, thanks to the availability of either a web-based portal and a mobile app. You get to choose which way you want to go. I’ve had that option before with routers and it’s always a nicety. 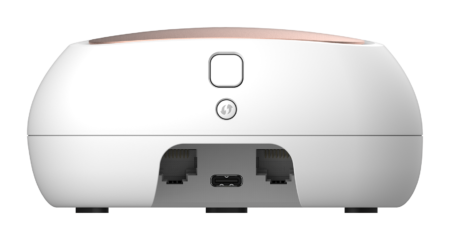 Once you set up your username and password, you’ll have access to the management functions. These are more or less what you’d expect, but that’s a good thing. You can set up who accesses your network with a guest feature, see what devices are currently attached, and even prep times for it to go inactive. So if you have someone in your home who has a set bedtime, you can make sure the network shuts down.

I found that the speeds were great too, with websites loading in zippy fashion, game downloads being quick and painless, and FaceTime calls being of excellent quality. And with a nod to that “whole home” functionality, that proved true for the living room, the kitchen, the bedroom, and everything in-between.

I did have an issue, but there’s a good reason for it

My basement is a problem for wireless signals. I’m just flat-out not going to run cables, and so I use a wireless range extender. It serves a small basement office for work on the site, and also for BG’s (cough) weekly podcasts, so I need a reliable signal. I had that with my previous setup.

Though it’s effectively right above me, the first floor access point of the Covr-1203 doesn’t penetrate the floor/ceiling and make it to the PC in my office. I honestly don’t know why that would be the case, but it is. It’s nothing new either, as the previous router had trouble as well. Though with this new system there’s an added challenge.

The main issue now is that the Covr-1203 doesn’t seem to be able to accept a range extender. It connects okay, but then has no signal. So while the access points on the first and second floor work fine, and the one in the attic connects perfectly, there’s seemingly no way to extend my new network to the basement. So what’s the solution for this? Well basically, I should probably get a different Covr. The 1203 seems to be the smallest of the systems that D-Link offers, with two more above it. I did my best with it though, and thought I had worked out a solution. 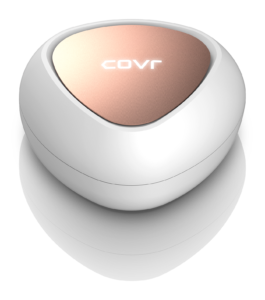 See, if you have a bigger home, placement is a very big deal as to the Covr-1203. You can even see as much right on the official webpage. Interestingly enough, in a diagram they seem to have an access point set up in the basement. So that’s just what I did. I moved the third floor Covr to the basement.

More or less, I spent a while moving the Covr from place to place on the “lower level”, seeing where I could catch the signal from the first floor. Once I found a spot, it worked well. Though I have to add that that opened up the same issues for the top floor.

So what did I take away from all of this? That the Covr is an honestly great system for whole-home wifi, that works really well. And if you have a smaller space that needs coverage, the 1203 seems an ideal choice. Every floor pretty much needs its own Covr unit though, and if it doesn’t have one then your signal can be spotty or nonexistent.

Also, one room in the attic is very hit and miss now without the Covr unit being present on that floor. It doesn’t seem to be able to talk to the one on the second floor for some reason. Well, unless I move that too, but I know where that rabbit hole will take me.

Again, if you have a smaller home, then I can without a doubt recommend the Covr-1203. It’s one-network solution is very high quality, and it’s hassle free. If you’re dealing with a little bigger of a space though, you might want to take a look at D-Link’s other mesh options like the Covr-3902.

Excellent signal strength (make sure you get the right one) - 95%

Not having a million networks is amazing - 100%

Fast and reliable, with a ridiculously small footprint - 95%

The Covr-1203 provides a solid signal and great speeds that covered pretty much the whole house. But the space I have to work with is just too big for this unit, and moving the asset points around didn't help, since it just opened up other gaps. Basically, make sure you get the right one for your space. Once you do though, I'm fairly certain you're going to like the effect.

Jason's been knee deep in videogames since he was but a lad. Cutting his teeth on the pixely glory that was the Atari 2600, he's been hack'n'slashing and shoot'em'uping ever since. Mainly an FPS and action guy, Jason enjoys the occasional well crafted title from every genre.
@jason_tas
Previous Call of Duty companion app arrives for iOS and Android
Next Red Dead Redemption 2 (PS4) Snapshot